One of my favourite books as a teenager was Katherine by Anya Seton – which tells the story of Katherine Swynford, the mistress (and later third wife) of John of Gaunt.  It was the book that sparked my interest in medieval history and where I first read a little about Kenilworth Castle, one of John of Gaunt’s castles.  It’s been on my list of places to visit for a while and when I realised we were staying nearby over the August bank holiday weekend, I was determined that we had to have a day out there.  Best of all, our visit coincided with the re-enactment event commemorating the 750th anniversary of the Siege of Kenilworth. 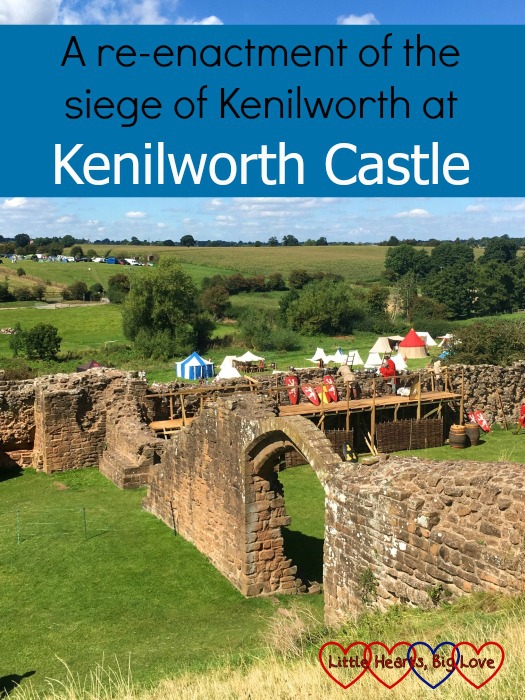 The Siege of Kenilworth took place a century or so earlier than the period of history that had sparked my initial interest in Kenilworth.  It was a six-month siege of the castle which took place during the Second Barons’ War which was fought between the barons (led by Simon de Montfort) and the Royalists (led by Prince Edward, later Edward I).  After the Battle of Evesham in 1265, de Montfort had agreed to surrender Kenilworth but the garrison there had rejected the terms of surrender and as a result the castle was under siege from June 1266 to December 1266 until the forces there eventually surrendered. 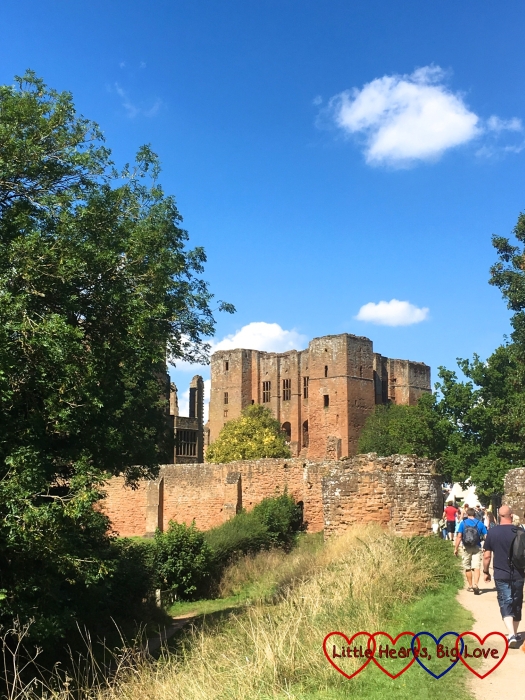 We certainly picked a very busy day for a visit! There were plenty of events happening at the castle to commemorate the siege – a re-enactment of the attacks on the castle during the siege, minstrels and medieval music, the opportunity to meet a medieval surgeon and learn about treating siege injuries with live leeches. 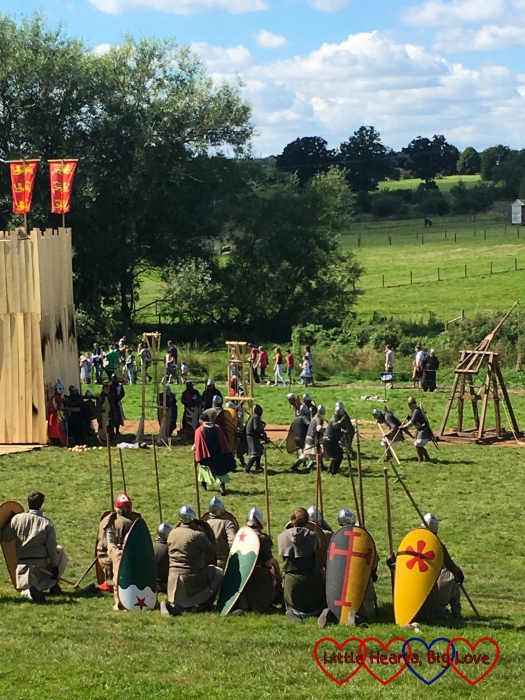 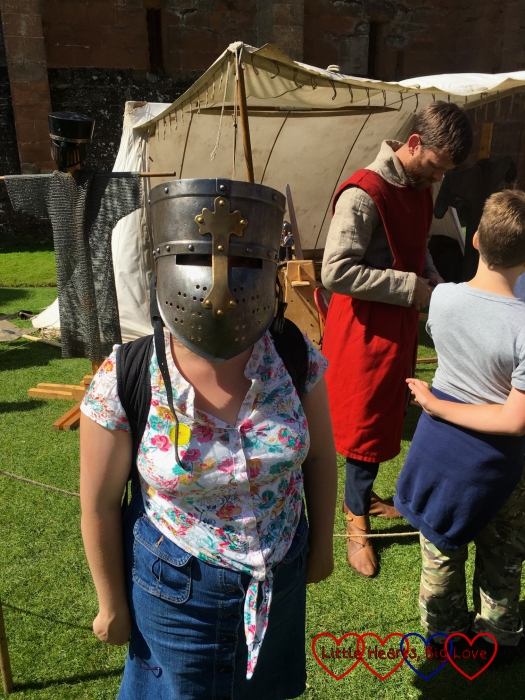 I couldn’t resist trying on a knight’s helmet.  Sophie was quite keen to try it on too, not realising quite how heavy it would be!  I held on to it as she tried it on, making sure I was carrying most of the weight but as soon as it was over her head, she wanted to take it off again.  Hubby just about had time to snap a quick photo! 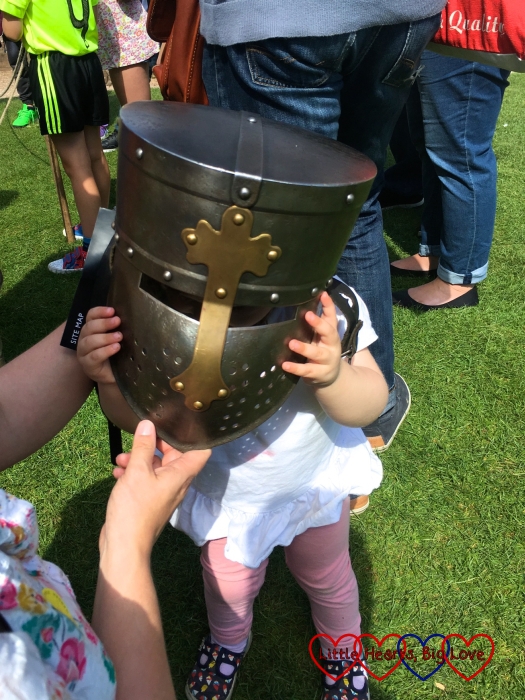 The girls were much more interested in just wandering around the castle than they were in many of the events going on.  We did get to watch some of the re-enactment going on but it was difficult to get a good view with all the crowds and the girls were restless, so we headed towards the Elizabethan garden which seemed very tranquil after all the noise from the siege and was a beautiful place to explore. 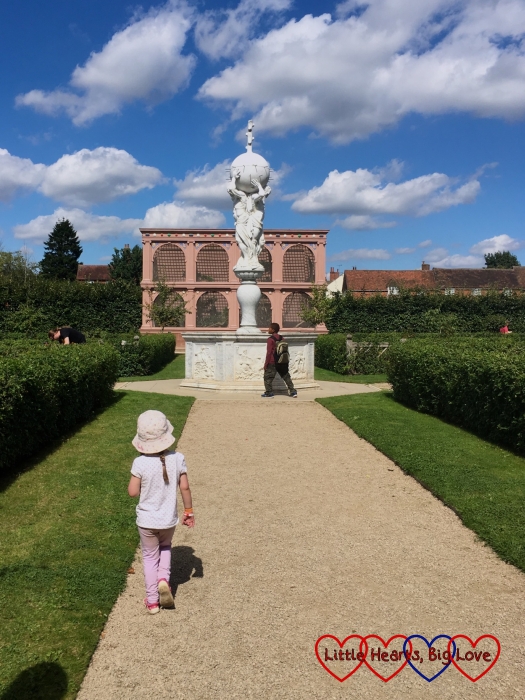 For the girls, the best thing about the day was being able to run about and explore.  Some of the walls were perfect for climbing up and running along and there were plenty of places that were just right for a game of hide and seek.  The weather was beautiful – perfect August bank holiday weekend weather.  The only downside was just how busy it was – the girls wanted ice-creams and the queue was just far too long which caused a bit of upset (thankfully the queue in the gift shop on the way out was much, much smaller and we managed to placate the girls by buying them an ice lolly each there instead!) 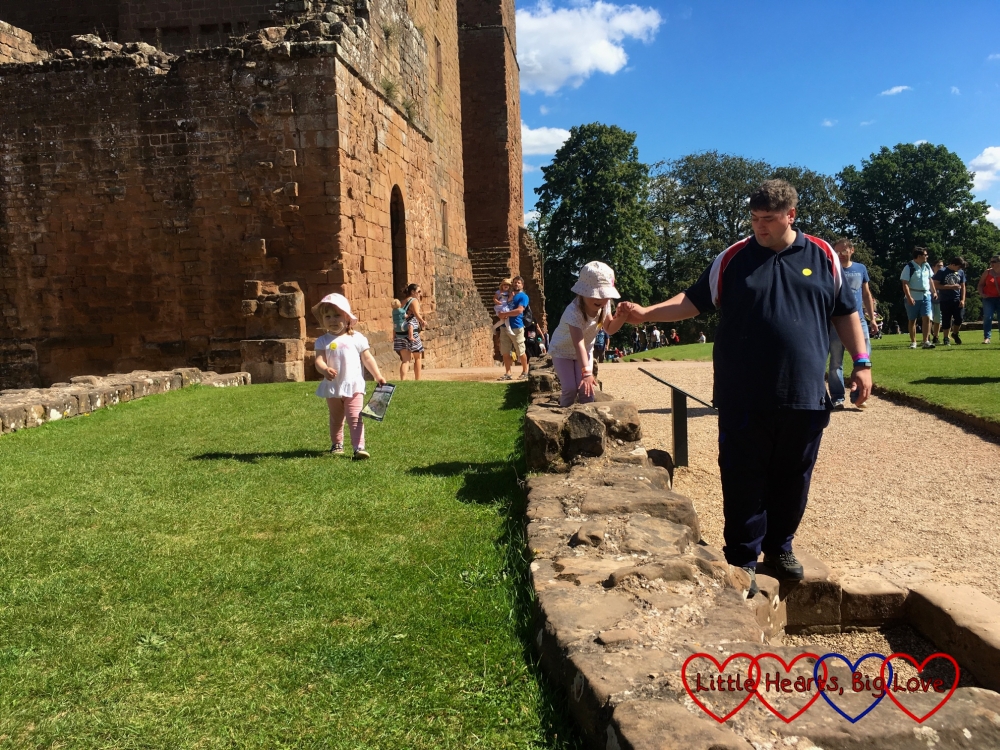 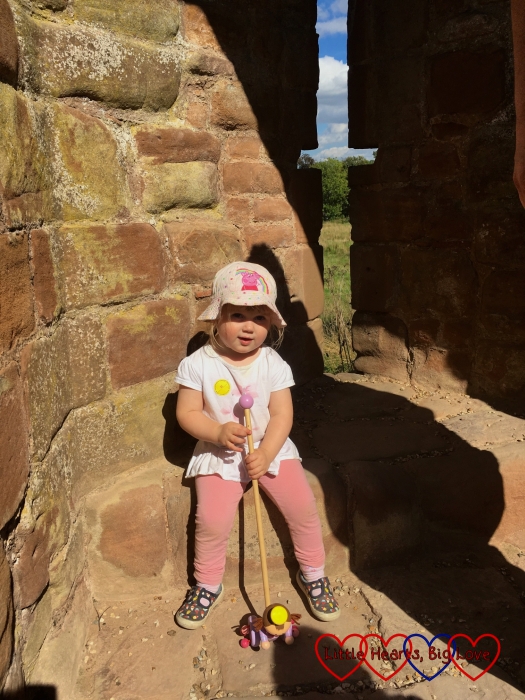 Overall though, we enjoyed our day out even if we would have preferred it to have been just a little less busy! 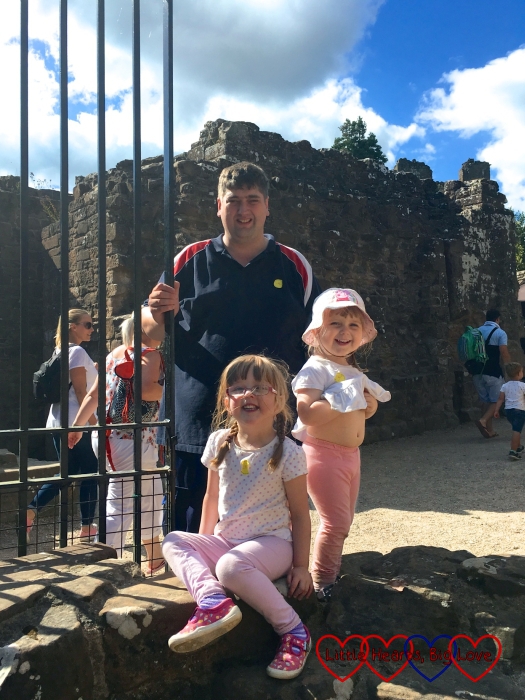