Strictly Come Dancing will forever be linked with Sophie in my mind. The start of the new series has brought back memories of those last few weeks of being pregnant with Sophie – from 37 weeks onwards, it seemed that every time I settled down on the sofa to watch Strictly on a Saturday night, I’d start getting strong Braxton Hicks that would make me wonder whether I was about to go into labour. It wasn’t a surprise that I eventually did go into labour in the early hours of a Sunday morning having watched Strictly in between bouts of Braxton Hicks contractions the previous evening! 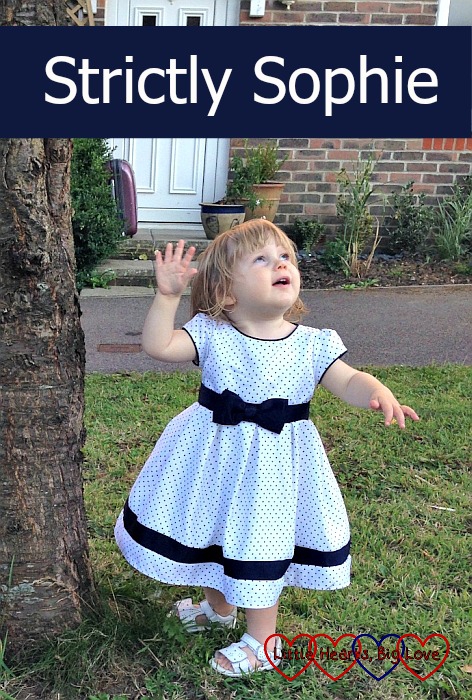 After Sophie arrived, Saturday nights were spent watching Strictly whilst cuddling/feeding a newborn. That first Saturday night after Sophie’s arrival made me feel quite emotional. “I’m glad that Sophie’s here,” I said to Michael, in between sobs, “but I miss Pod!” (my nickname for my bump). At that point, Strictly was still more linked in my mind to “Pod” than to Sophie! I missed those little kicks from the inside and the feeling of being pregnant – a feeling that I remember vividly from the early days with Jessica too and one that took a good couple of weeks to start easing.

Then, when Sophie was six weeks’ old, we were invited to the children’s Christmas party at 10 Downing Street and lo and behold, halfway through the party, the Strictly celebrities and pro dancers appeared! Sophie enjoyed quite a few cuddles from some of the Strictly stars and as we settled down to watch the programme on Saturday night, there she was being cuddled by Sophie Ellis-Bextor in the video clip, looking back over the previous week of training. Sophie Ellis-Bextor even mentioned that she had enjoyed cuddles with a six-week old baby called Sophie – my little Sophie! 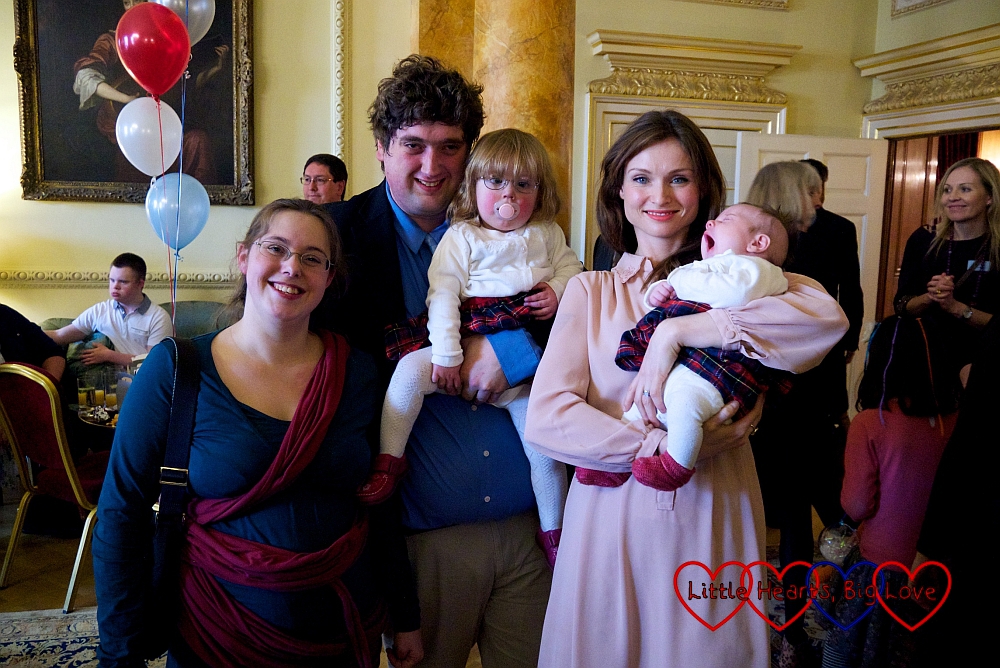 These days, we usually get our Strictly fix after the girls have gone to bed, but Sophie was particularly unsettled last weekend and in the end we gave up trying to get her to sleep and took her downstairs for cuddles while we watched Strictly. It was quite clear that Sophie had no intention of sleeping after that – she was completely glued to the TV, watching the dancing intently and trying to copy some of the moves. She grabbed Mummy’s hands and tried to quickstep with her, leaned in for a kiss when she saw a couple do the same, pulled the most adorable tango face I’ve ever seen, and even attempted a couple of lifts!

Given that Mummy and Daddy met through the ballroom dancing society, perhaps it is not too surprising that Sophie is already showing a love of dance. Jessica loves to dance too but not quite to the same extent. Whenever Sophie hears music, it seems she can’t help but dance along – even when watching CBeebies, she dances along to the theme tunes and makes up a different dance for each one. I’m beginning to think that perhaps I need to find some baby ballet classes for my little dancer!