The West of London Astronomical Society (WOLAS) hold two public observing sessions each year at Ruislip Lido, taking place over three nights, Friday to Sunday. The first one tends to be around March and the second in October/November. Of course, whether they take place is very weather-dependent! We’ve been meaning to go for a while but the one night that there was clear skies last time was the only night we couldn’t make! This time thankfully there were two evenings when the skies were clear enough and Sophie and I were finally able to go along. 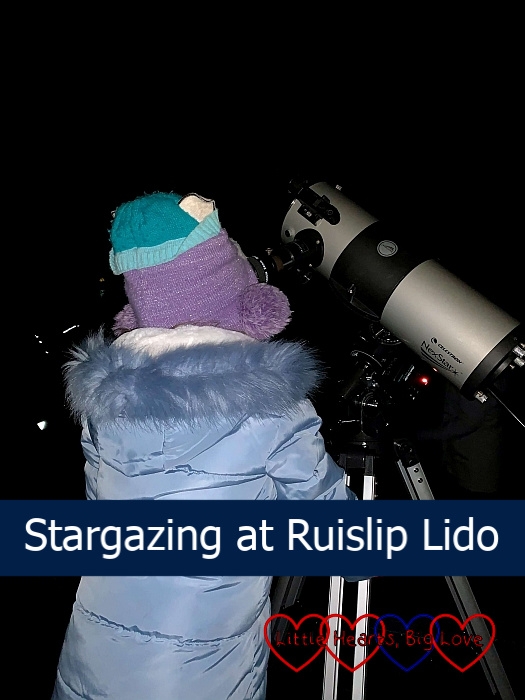 I’m not sure who was more excited about it – me or Sophie. I was fascinated by planets and stars when I was a child and used to devour books on astronomy. Despite my childhood interest, I’ve never actually had the opportunity to look at the night sky through a telescope. This was, therefore, going to be a first for both of us.

It was a short walk from the car park to the area where the telescopes were set up. Some of them had a step stool so smaller children could see through the telescope. There were a couple where I had to lift Sophie though. 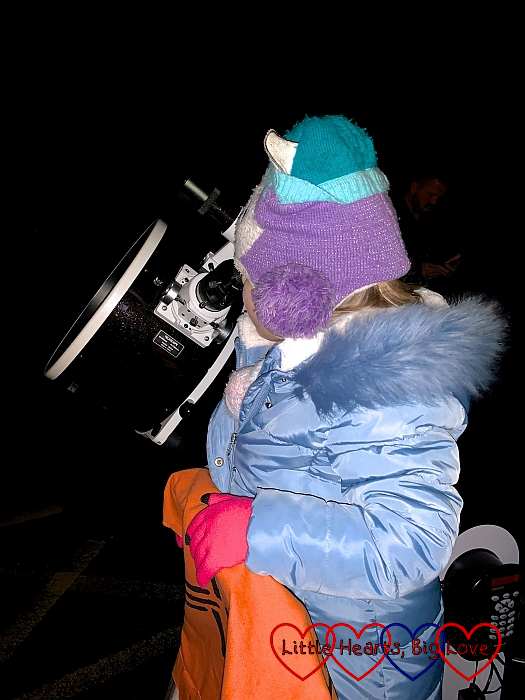 We managed to see the crescent Moon through a few of the telescopes. It was amazing being able to see some of the craters on its surface. I tried to see if I could capture a photo through the telescope, but it didn’t work!

We also got to see Venus which just looked like a bigger blob of light through the telescope. I’ve since learned that the thick clouds that cover Venus radiate so much light that seeing any surface features through a telescope is pretty much impossible. However, you can see the phases of Venus, where it looks like a small waxing or waning moon through the telescope. I wish I’d known that beforehand (or asked more questions!) though. I’d have paid more attention to the shape of the blob. It apparently was in a waxing gibbous phase at the time (more than half lit, but not a full circle). Something to look out for next time!

Sophie had brought her binoculars with her so she could look at the night sky through them while waiting in the queue for each telescope. 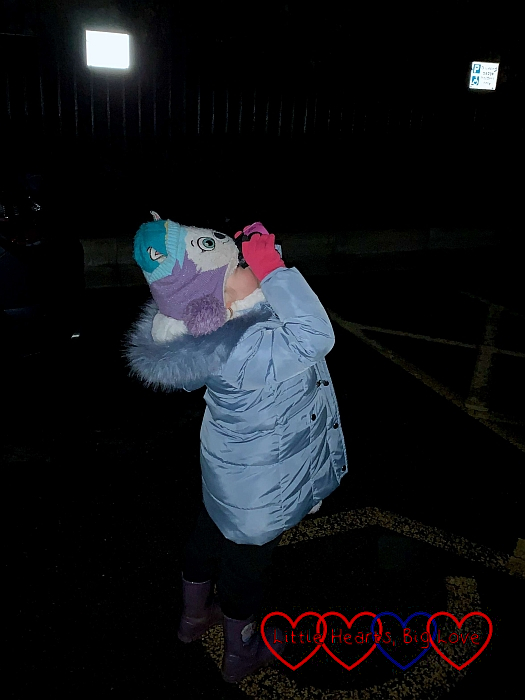 As well as getting to see the Moon and Venus, I also learned how to spot a couple more constellations. I can manage Orion and the Plough, but that was about it. Thanks to the observation evening, I can now identify Gemini and Auriga. 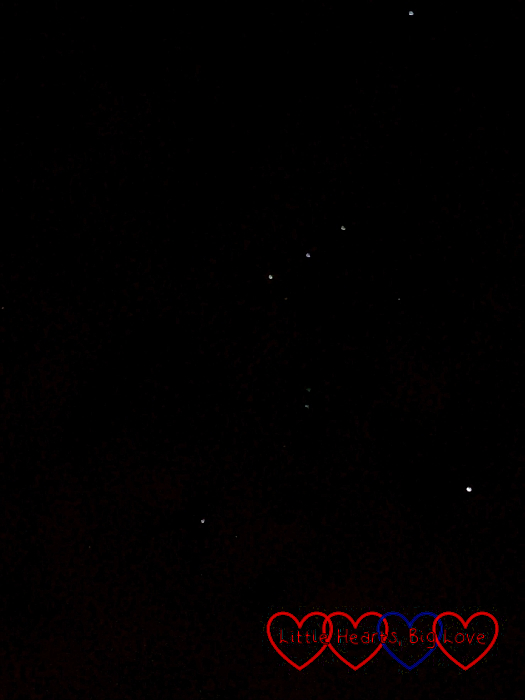 6 thoughts on “Stargazing at Ruislip Lido”