Room on the Broom is one of our favourite books. When we saw last year that Hocus Pocus Hall at Chessington was being replaced with a new attraction – Room on the Broom: A Magical Journey – we looked forward to seeing how the story would be brought to life. We were very excited to be invited to the launch event and have the opportunity to try it out before it officially opened to the public. 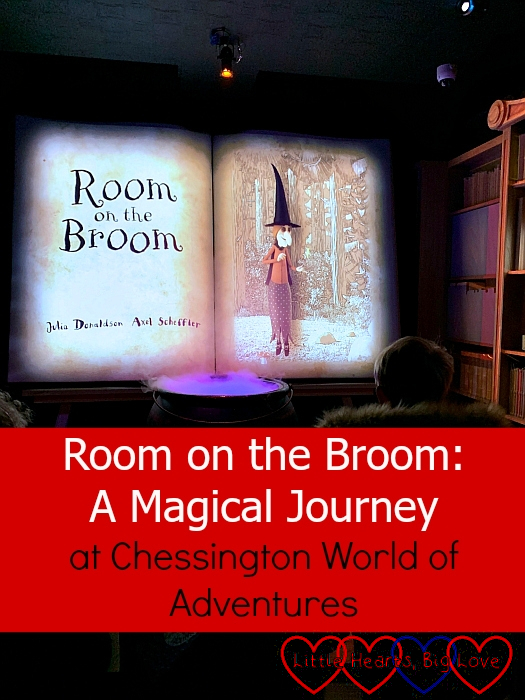 We arrived at Chessington bright and early and were treated to a yummy breakfast buffet in the Smokehouse BBQ restaurant. Sophie loved the mini cauldrons filled with sweets and the witch’s wand with blueberries for the handle and a pineapple star on top. 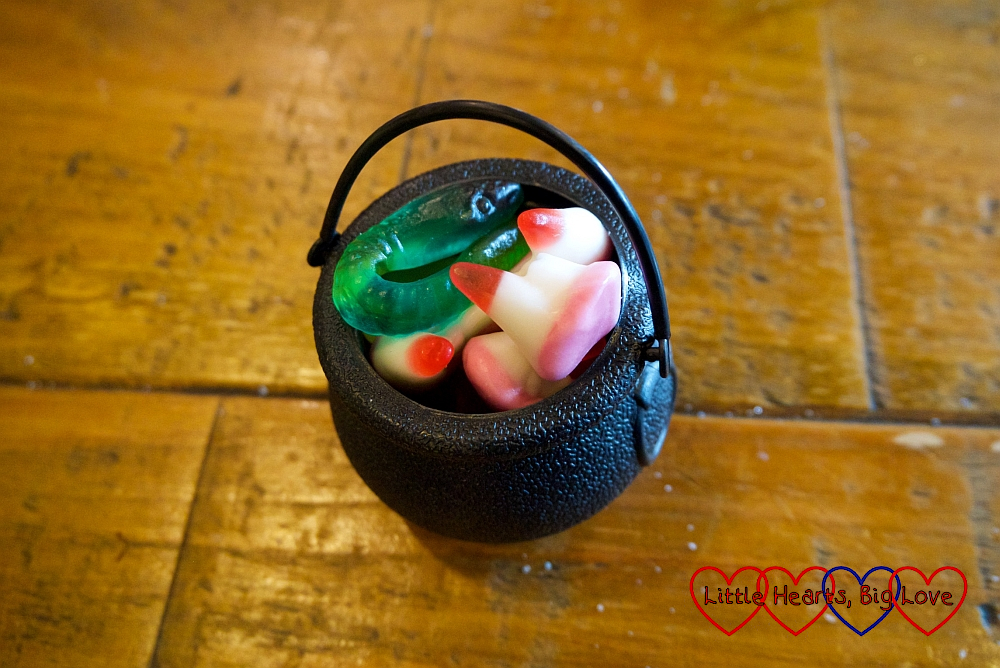 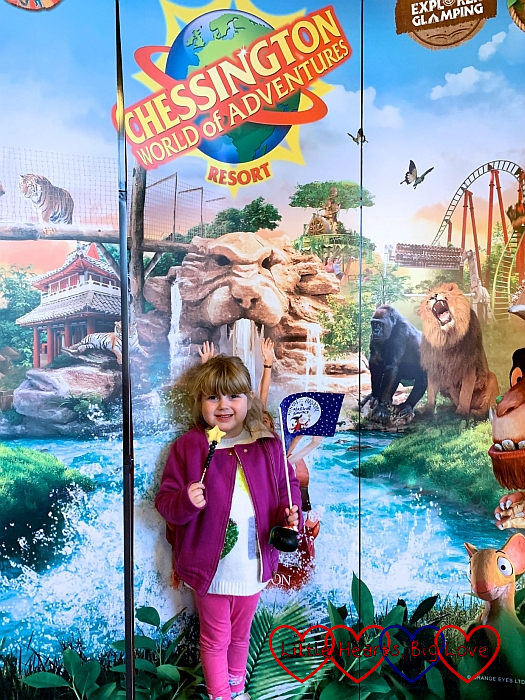 Once we’d had some breakfast, we headed over to try out the Room on the Broom ride. Before we joined the queue though, Sophie spotted the Gruffalo. Naturally we had to stop for her to have a cuddle and a photo with the Gruffalo! He’s a very friendly one. 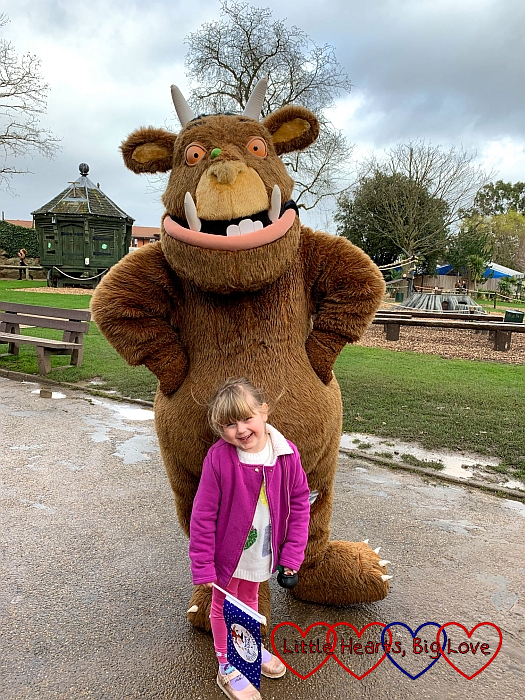 The first part of the queue took us to a photo point where we cast a spell – “Iggety, ziggety, zaggety, zoom!” – to create a Room on the Broom themed photo which we were able to view at the end of the ride. 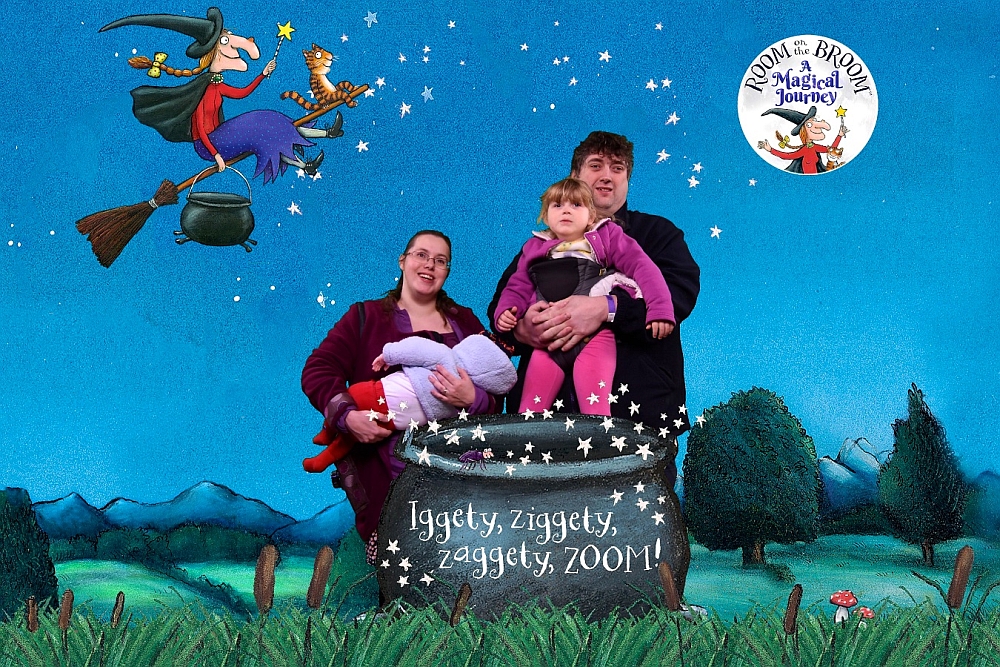 After the photo point, we joined another shorter queue where we waited to go inside the attraction. We were taken inside in small groups and led into an entrance hall with pictures and a bookcase on the wall, and a storybook and cauldron. The children were encouraged to come up the front and the story started to come to life in front of us. The witch cast her spell and the bookcase swung open to reveal a corridor. Off we went on our magical journey to bring the story to life.

In the story, the witch loses various items as she travels through the skies on her broomstick. Each time she heads down to the ground to find them, she encounters another animal who joins her on the broom. When the broom suddenly snaps under the weight of all the extra passengers, a hungry dragon hopes to have witch and chips for his tea. 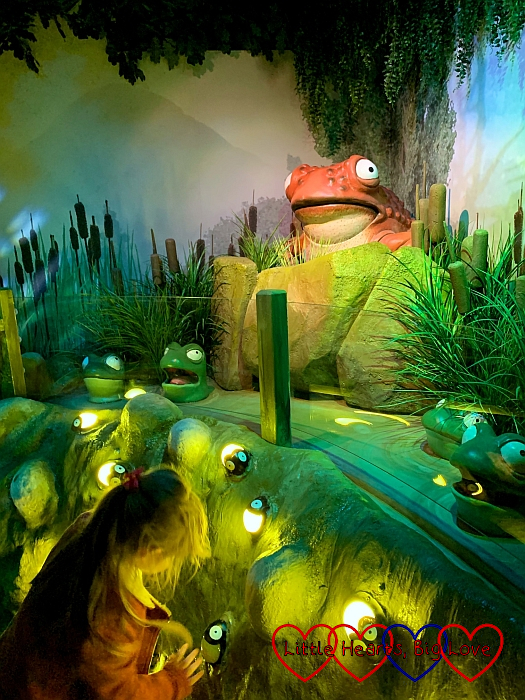 As we headed on our journey through the story, we encountered the characters that the witch meets along the way. We loved the way that the story came to life through a mixture of moving models of the characters, video, voiceover and some fun interactive points for the children at each stage – from having to jump up and down to help shake the witch’s hat out of the trees, to having to hit the fireflies to find the witch’s wand. 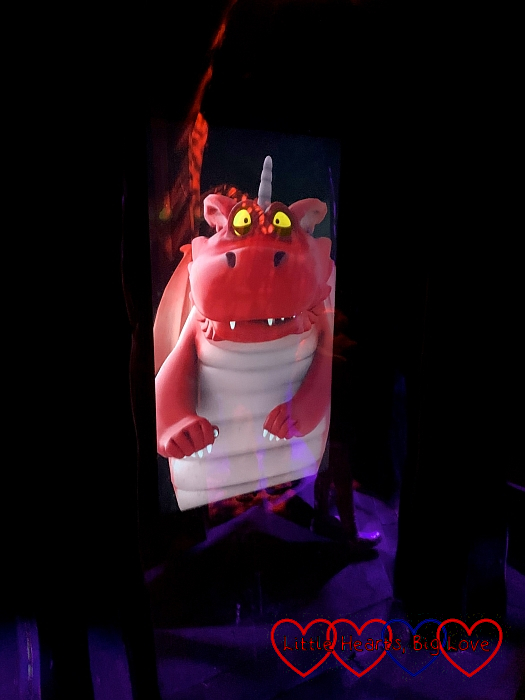 At each point, the start of the scene was triggered by the staff member taking us through. Unfortunately, the first time we went through we were at the back of the group and the scene was halfway through by the time we reached it. This made for quite a disappointing experience as Sophie missed out on some of the interactive elements. When we went around for the second time, we made sure we stayed near the front of the group and were able to enjoy the whole experience.

Overall, we felt that story was brought to life well and really liked the interactive elements. However, the queue was very slow-moving. Despite it not yet being open to the public, we queued for 45 minutes both times. Once it was opened to the public, queue times went up to over 2 hours. Other than the photo point, there is nothing to help entertain children in the queue (unlike the Gruffalo River Ride Adventure where there are some games and puzzles at points in the queue). Once we got inside, yes it was a magical, interactive journey through the story. However the queueing time was very long for a walk-through attraction. For us, the experience didn’t feel worth queuing so long for, especially the first time when we didn’t get to experience the attraction fully.

I would definitely advise making sure you stay near the front of the group in order to get the best possible experience. I’m hoping the queue times will improve and it will move more quickly later in the season. Although we enjoyed the attraction overall, it’s one we’ll only repeat if the queue time is less than 30 minutes.

We did enjoy another retelling of the story though with the Room on the Broom storytime. This was a staged version of the story with the witch, the dog and a narrator (who also played the dragon). They were joined by some of the children in the audience playing the roles of the other characters. It was a lovely way to bring the story to life. Best of all, there was no queue to get to enjoy this one! 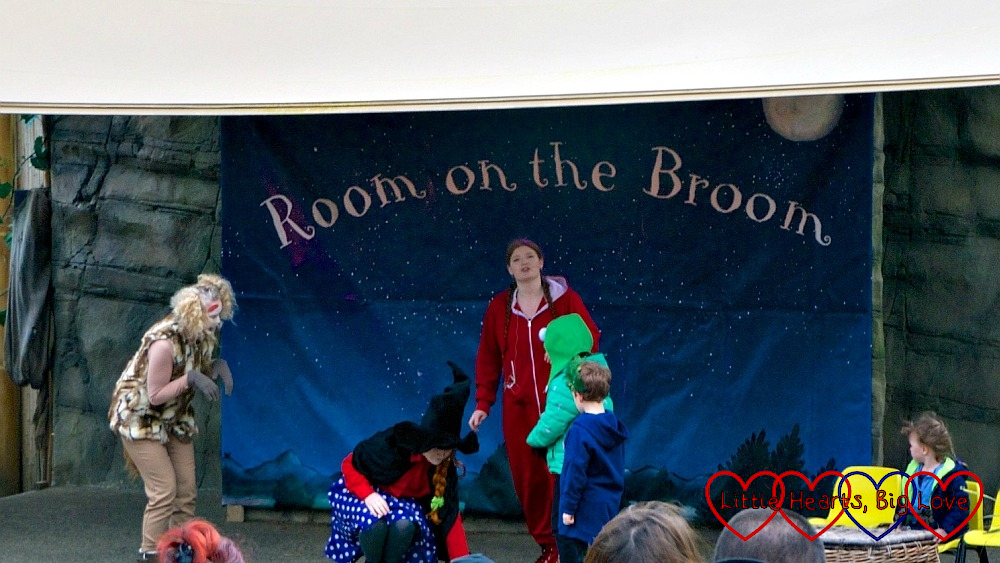 We finished off our morning with a trip on the Gruffalo River Ride Adventure. This is still a firm favourite two years after its opening, and one ride that we always make a beeline for on every visit. 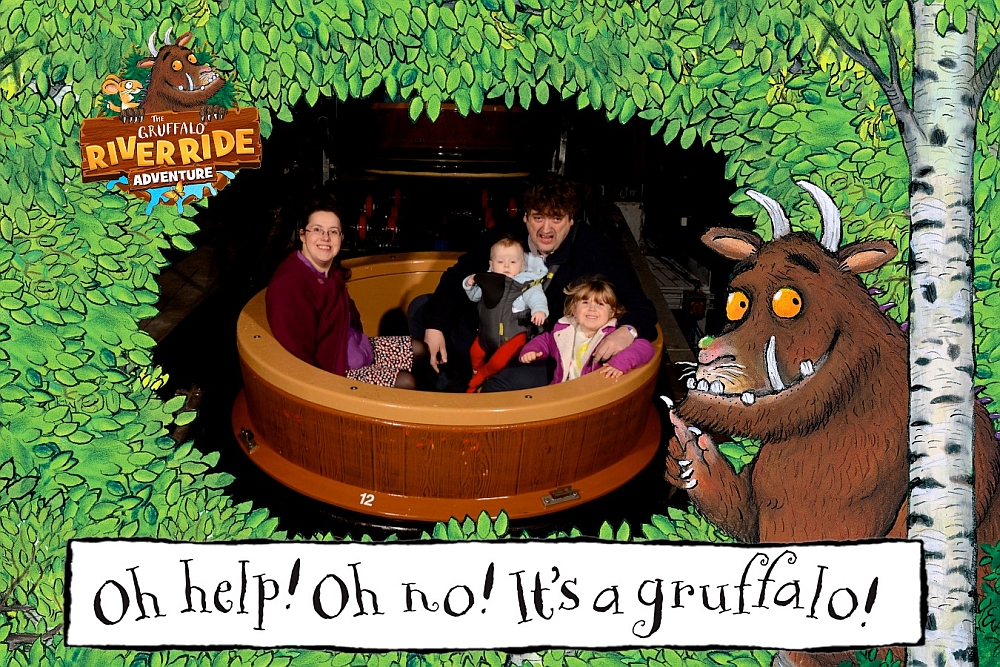 Visiting Chessington World of Adventures – what you need to know:

6 thoughts on “Room on the Broom: A Magical Journey at Chessington World of Adventures”