I must have driven past them at least a hundred times. Those four big mounds alongside the A40 near the Northolt roundabout. Watching the people walking up them whilst I was stuck in a traffic jam, vaguely thinking that they looked like an interesting place for a walk. Despite living only a couple of miles away at the time, we never quite got around to exploring them. 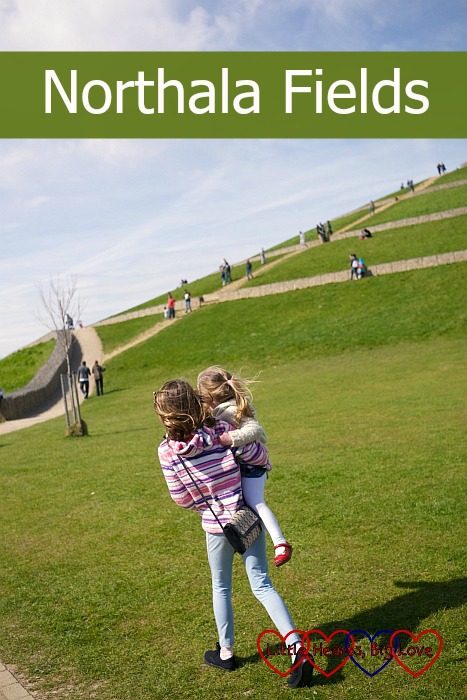 Having my sister and nieces come to visit for a few days is always a good encouragement to get out and explore somewhere new. Northala Fields, where the mounds are situated, was on my list of potential places and seemed like a good place for a walk on a sunny afternoon. 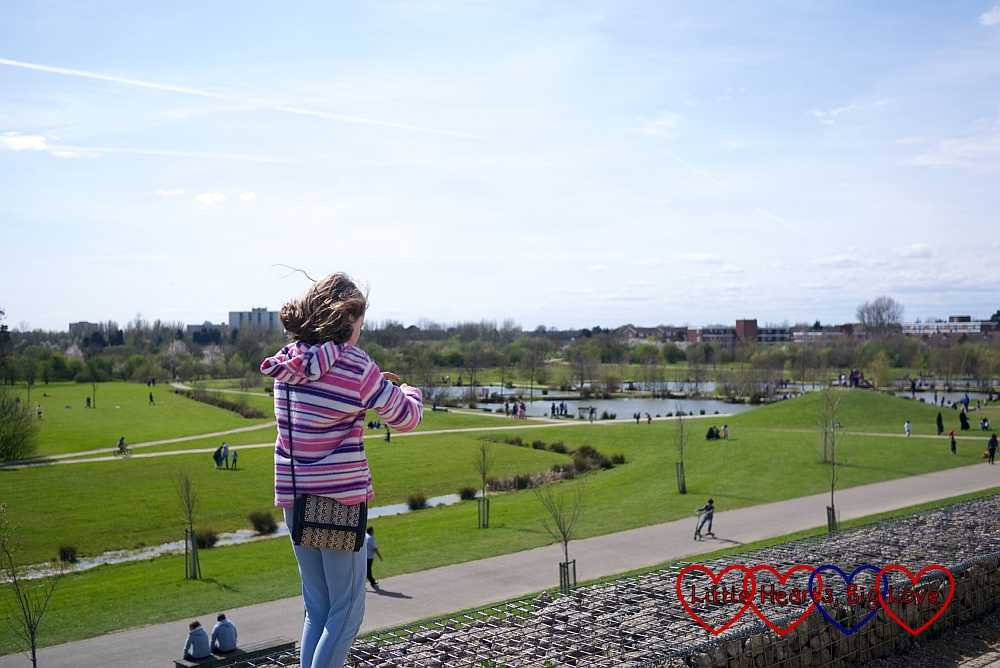 What I didn’t realise was that the mounds are only a small part of the park – from the A40 I couldn’t see the beautiful park behind them with its lakes and a big playground for the girls to explore. 27.5 hectares of open space, six interconnecting fishing lakes, a model boating lake, three wildlife ponds and two playgrounds. 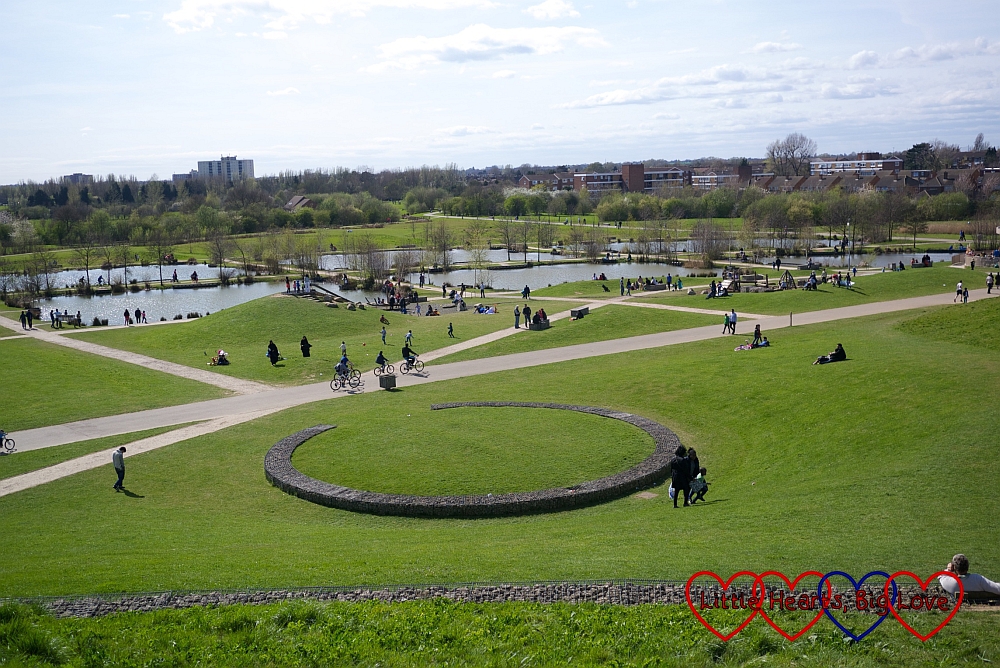 The park first opened in 2008 and the four mounds were created using rubble from the original Wembley stadium. The tallest mound is 22m tall and we made a beeline for this, following the spiral path to the top. It was a very windy day and quite a climb for little legs but the two older girls were quite happy to take turns in carrying their little cousins whenever they got a little tired (and the toddler carrier came in very useful too!) 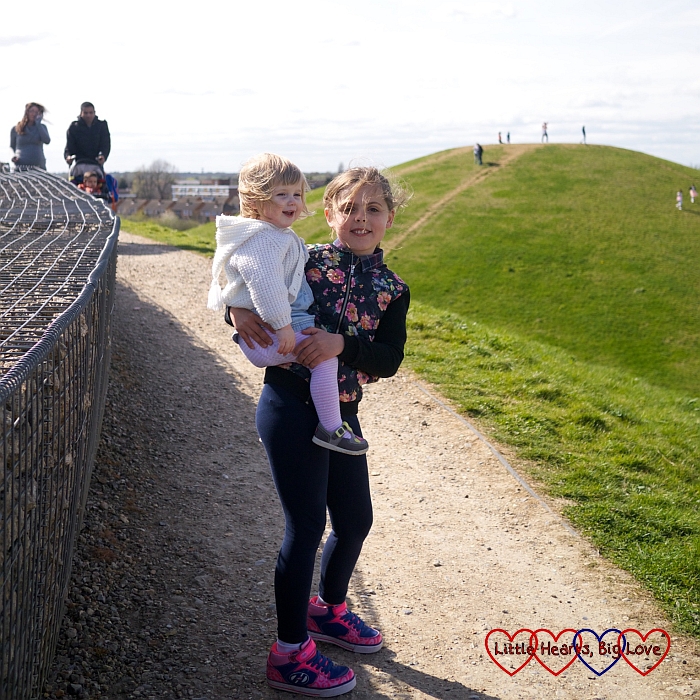 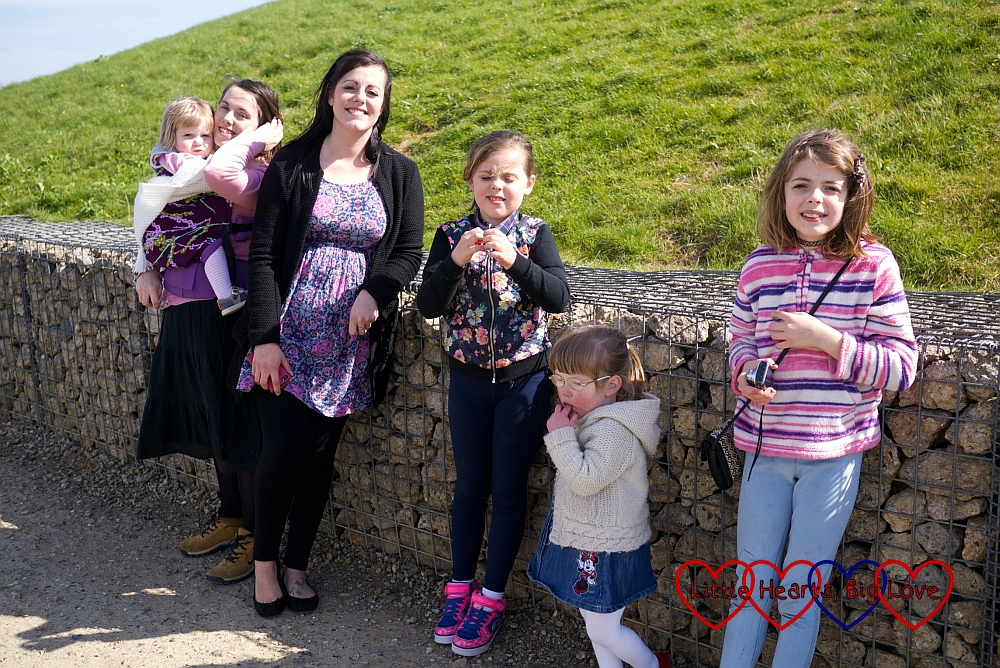 The view from the top was wonderful – being able to see across to central London. We spotted the BT tower, the Gherkin, the Shard and Canary Wharf and the girls enjoyed being able to watch the planes coming in to land at Heathrow Airport. 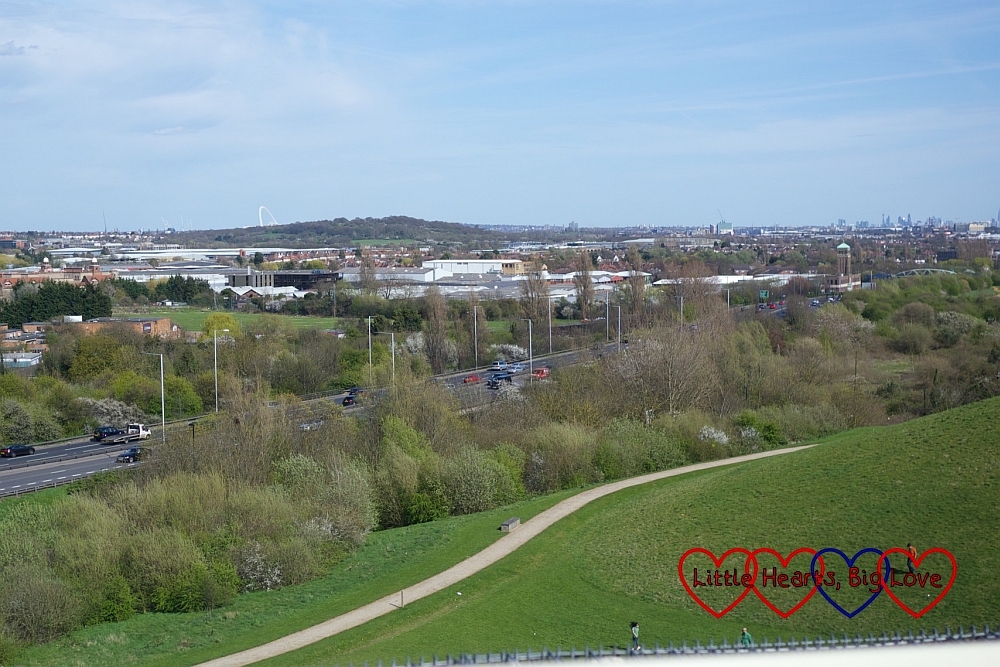 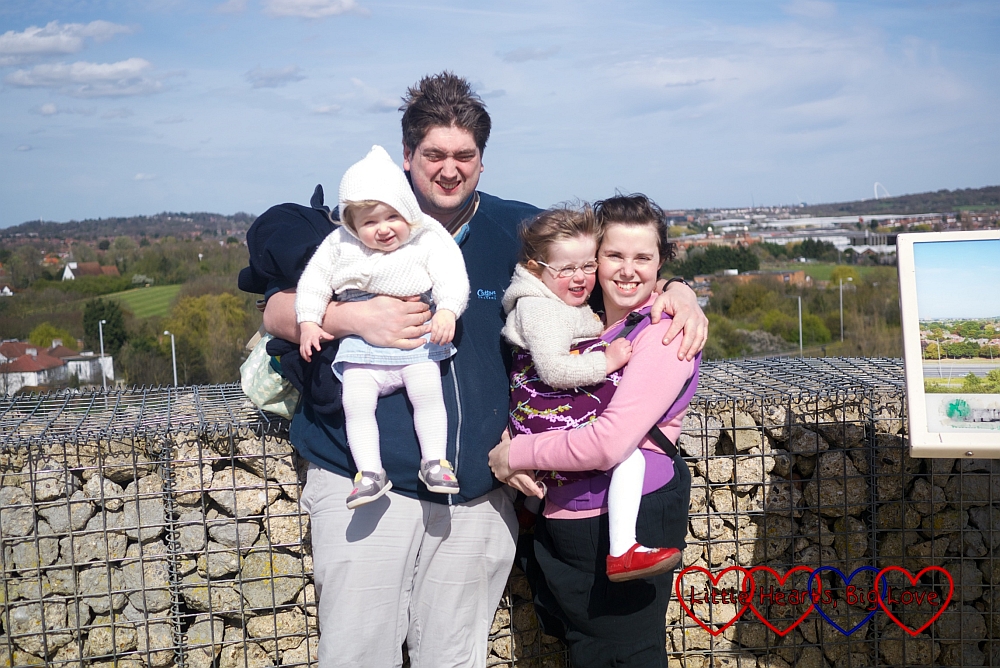 The two older girls decided that the next mound was ideal for trying some hill rolling. They tried to encourage Jessica to give it a try close to the bottom but she wasn’t keen on the idea! 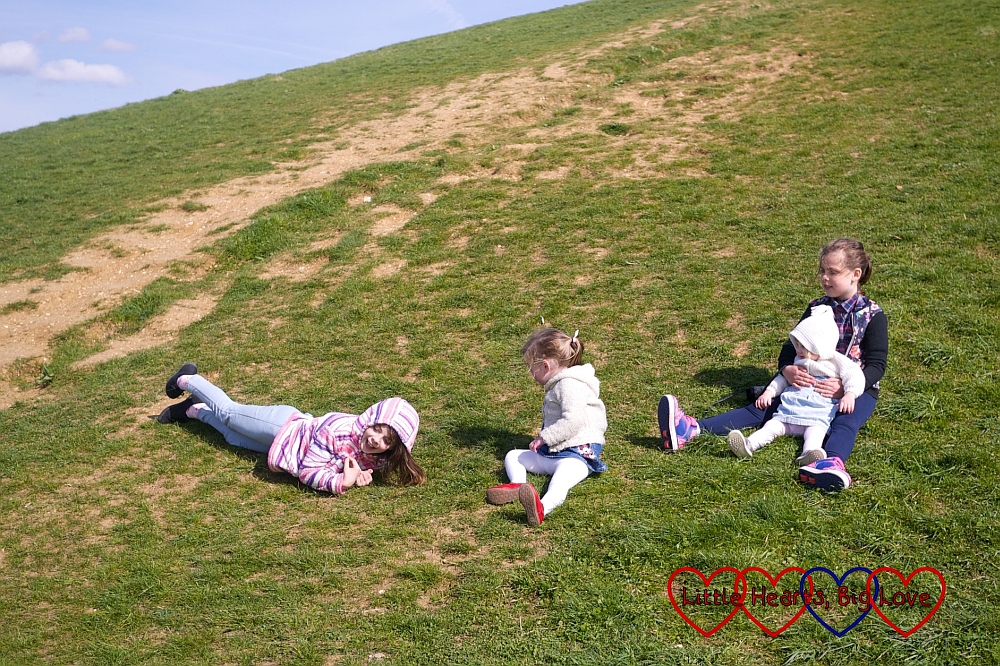 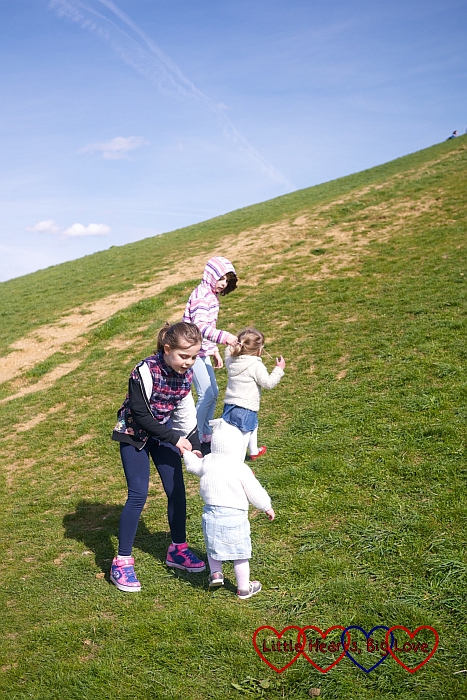 We didn’t explore the area around the lakes as the prospect of getting an ice-cream from the ice-cream van near the playground was much more appealing! 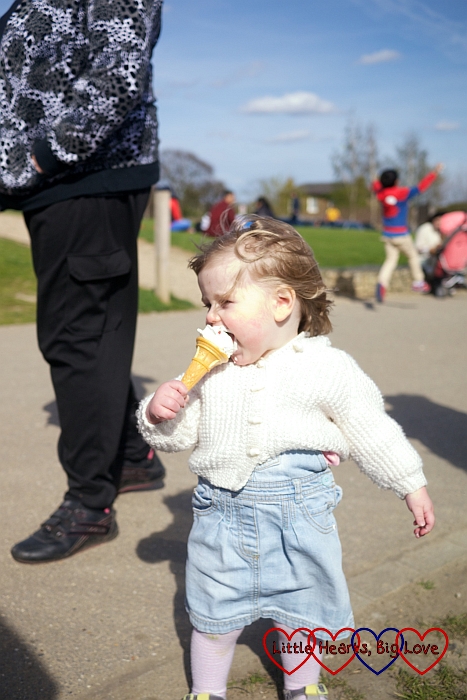 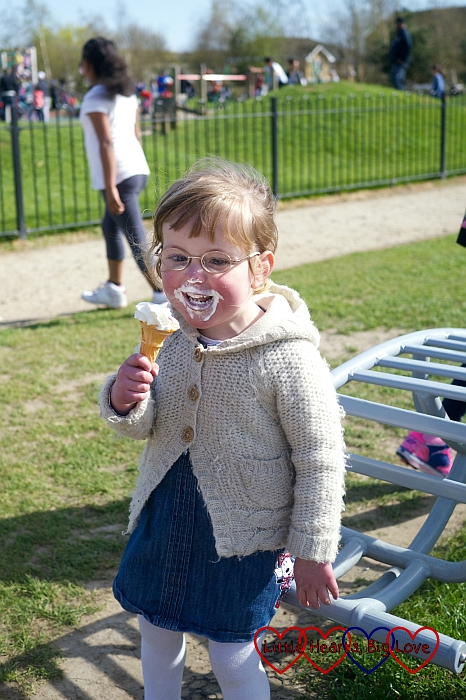 Inside the playground area, Jessica enjoyed climbing some mini mounds whilst Sophie had fun going down the slide with her cousins. 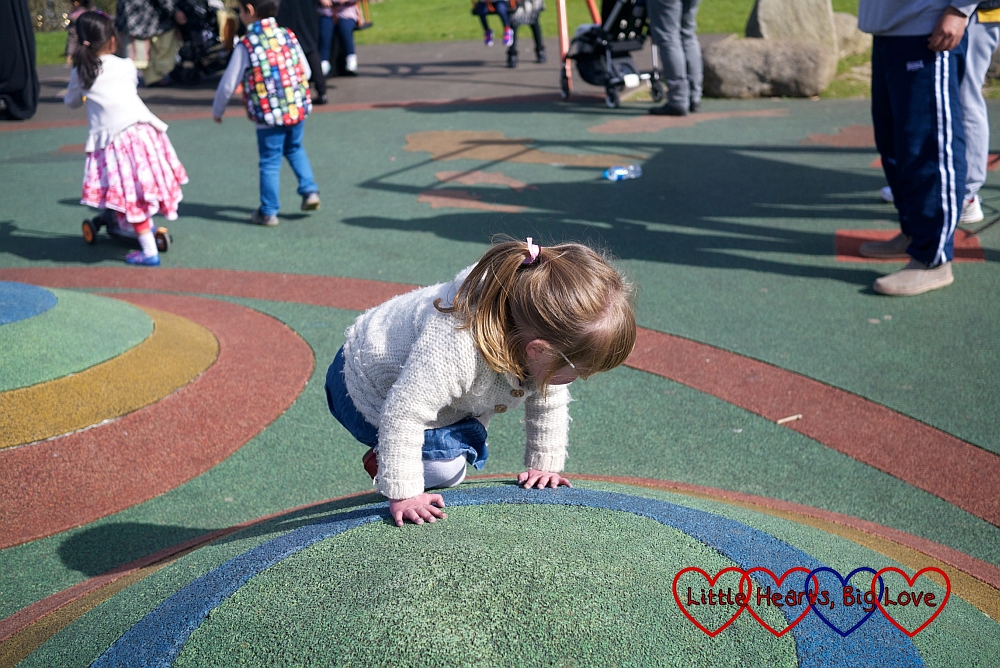 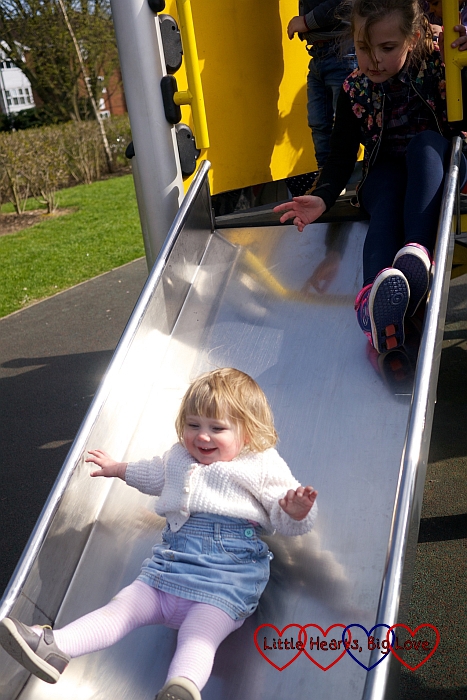 A fun afternoon and definitely somewhere to add to the list of places to go for a walk – especially as there was so much of the park we didn’t get to explore this time around.

Like my blog? Nominations are now open for the MAD Blog Awards and you can vote for me here: