My girls love CBeebies – it’s the only channel they get to watch (mostly because I can’t stand the endless adverts on other channels!)  We last visited CBeebies Land two years ago and it was a trip that was clearly memorable as far as Jessica was concerned as she still brings it up, often bringing up details that we have long since forgotten.  Both she and Sophie were very excited when we got to visit again at the end of August and Jessica was very keen to tell us about all the rides she wanted to go on – particularly the Numtums ride and Postman Pat and Mr Bloom’s Allotment (“but that’s not a ride Mummy”) 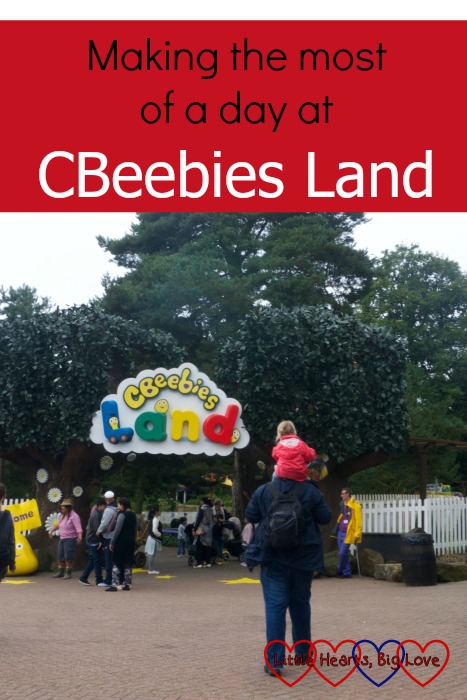 Once we arrived at Alton Towers though it was a new ride that caught Jessica’s attention – the Octonauts rollercoaster ride.  I think Sophie would have also loved to go on it but wasn’t tall enough so went on a Treetop Adventure with Daddy while I went on the rollercoaster with Jessica.  She posed for her OctoCadet licence photo and was very excited as we got on the ride – but went rather quiet partway through.  I think it was just a little too fast for her liking and while she said she liked it, she didn’t want to go on it again.

Captain Barnacles himself was there to greet us as we came off the rollercoaster and the girls were very excited to see him. He was just the first of many CBeebies characters that we got to see during the course of the day and, as much as the girls enjoyed the rides, I think these were probably their favourite moments of the day.  Later on, we got to see the Zingzillas and Hey Duggee performing in the Big Fun Showtime (not at the same time!)  Jessica loved seeing the Zingzillas so much that we had to come back again when the show was repeated in the afternoon! 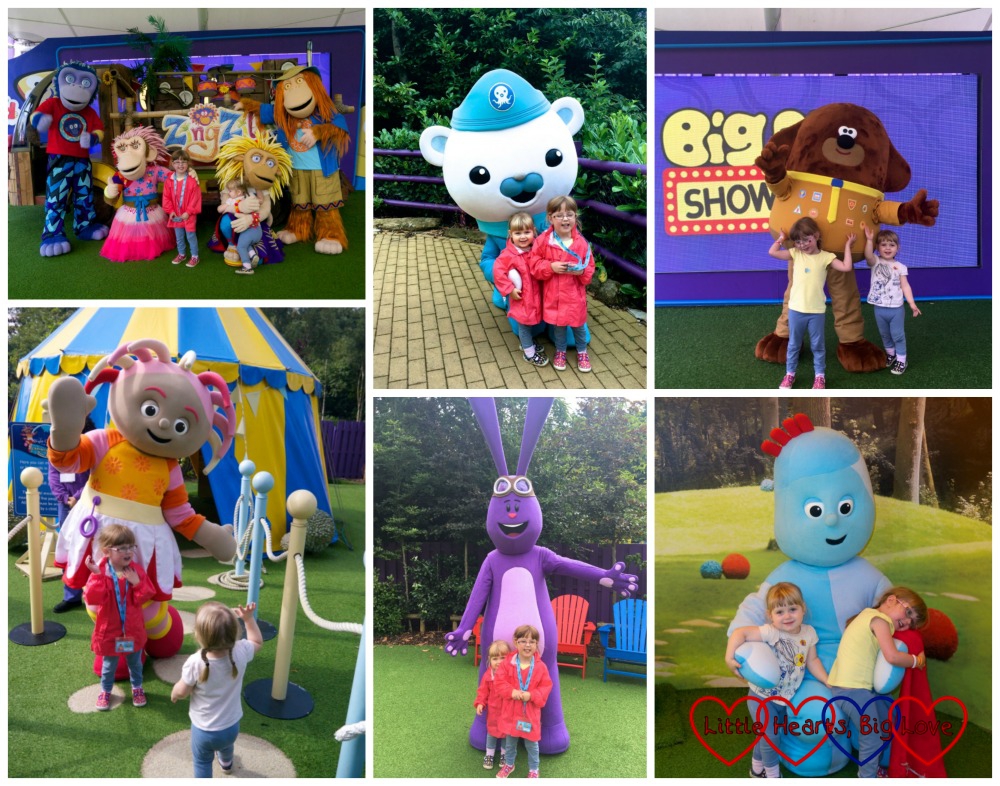 We also got to see Upsy Daisy and Igglepiggle and Mim-Mim from Kate and Mim-Mim. Jessica was a little disappointed not to bump into Kate as well!

Mr Bloom’s Allotment was one of my favourite areas last time.  It really does feel like you have stepped into an episode of Mr Bloom. Unfortunately, it’s the one area where photos aren’t allowed; on the plus side it does mean you focus on enjoying the moment rather than trying to capture it.

Next up we braved the 50-minute queue for In the Night Garden Magical Boat Ride. I love the fact that there are various activities along the way to help keep the children entertained while waiting in the queue. Both girls enjoyed the ride and seeing all their favourite characters. I was a little sad that there was no ride photo on this one as we got one on this ride last time we were here and I was hoping to have an updated photo of the four of us on the ride. 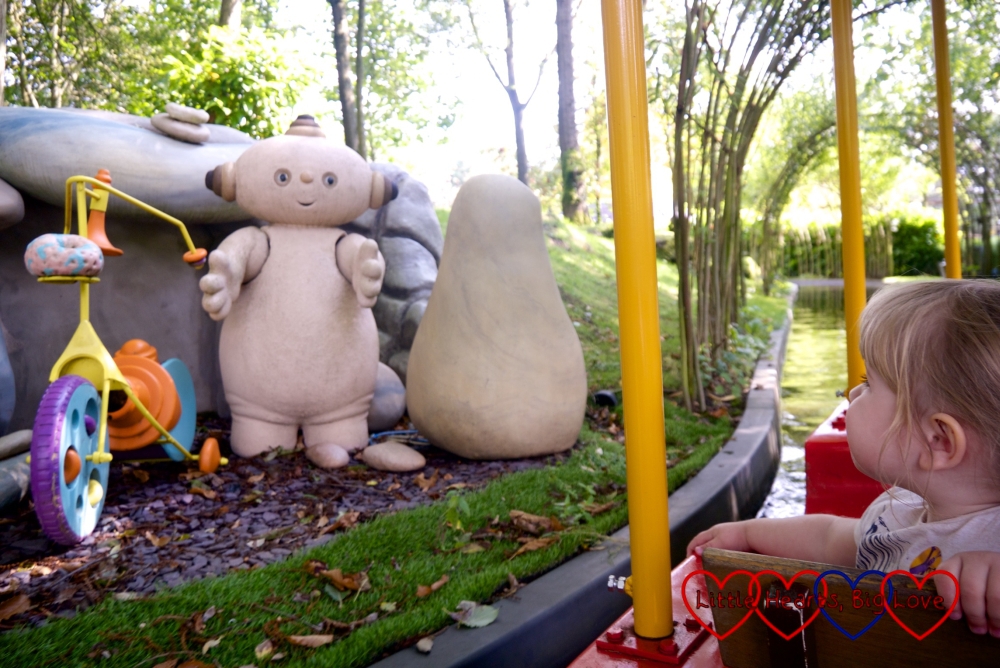 The girls had quite a few goes on the Numtums Number-Go-Round, which was one of Jessica’s favourites from last time and has the added bonus of having next to no queue.  Sophie couldn’t quite decide on which number car she wanted and tried a few out during the ride – as it moves so slowly, it was easy to keep switching and there seemed to be no problem about her doing so! 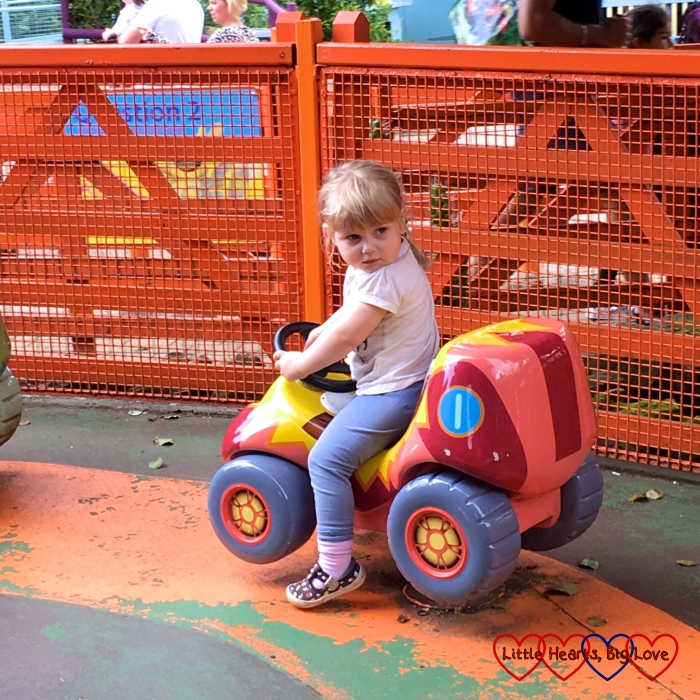 Charlie and Lola’s house was a big hit with Sophie who loved putting different clothes on Charlie and Lola. I loved the way they responded depending on what clothes they had on. Jessica was keen to go in Justin’s Pie-matic factory which basically involved putting sponge balls into machines and them being fired out again. I discovered that they can hurt quite a bit if they hit you right in the face and was quite relieved when Jessica decided she’d had enough! 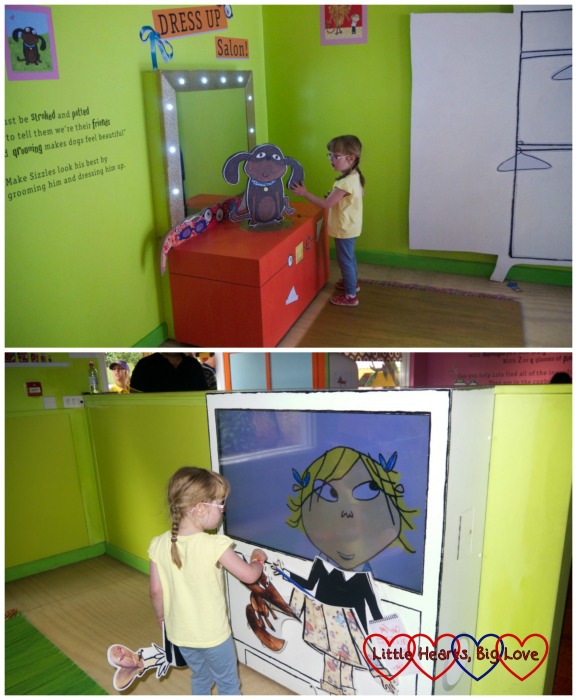 The Postman Pat Parcel Post ride was another favourite from last time. Hubby and I quite enjoyed sitting in the back as the girls drove the post van and it was one of the rides we ended up going on again.

The girls also enjoyed exploring the Tree Fu Tom’s Training Camp play area although hubby and I found it hard to keep track of where they both were at times as it was quite big and the seating areas are around the edges. Trying to keep track of both children and the bags and coats required more eyes that the pair of us possessed! 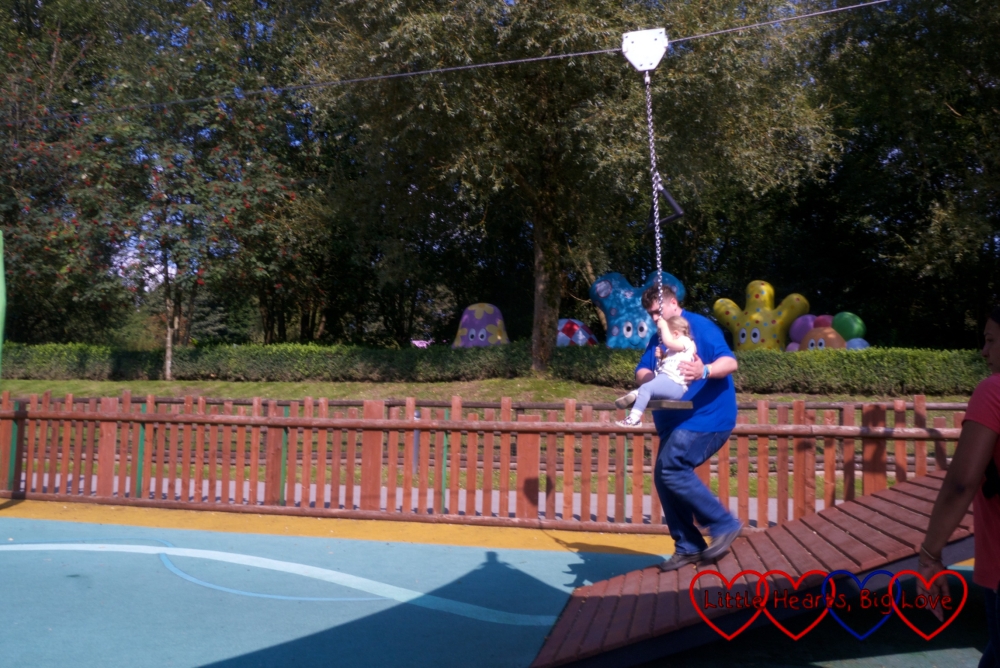 We finished off the day with one more ride on the Treetop Adventure, followed by a walk through the Something Special Sensory Garden.  I couldn’t resist comparing the shot of Jessica next to the butterfly with the one I had taken almost exactly two years earlier – definitely one of those moments when I realised just how quickly my big girl is growing up!  It really didn’t feel like it had been two years since our previous visit. 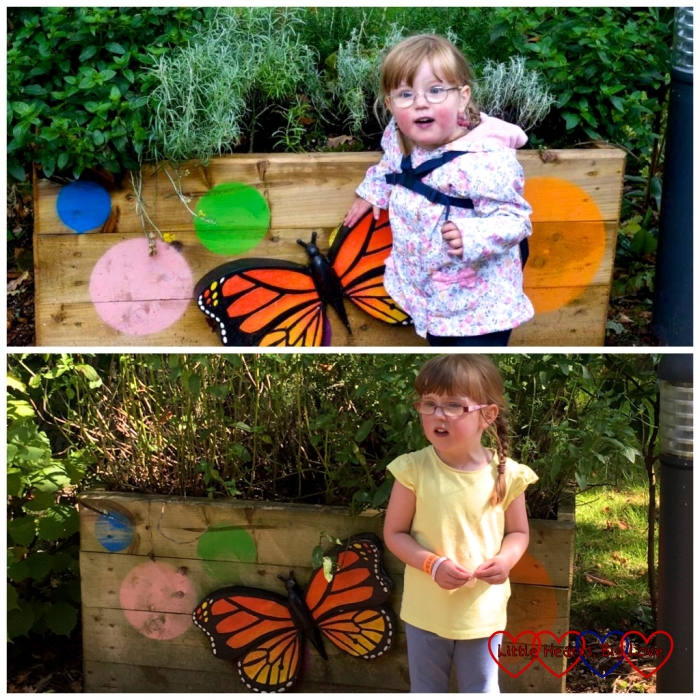 We had intended to at least take the Skyride cable car to see some of what Alton Towers had to offer outside of CBeebies Land but the girls were enjoying it all too much to want to leave, and in the end, we just ran out of time.  I wasn’t particularly sorry though.  No doubt there will be time for all of that later. One day, they will be too big to want to go to CBeebies Land and I am sure a part of me will miss it.  It was lovely to be able to make the most of a day there this time around.  The girls were certainly very tired (but happy!) at the end of it! 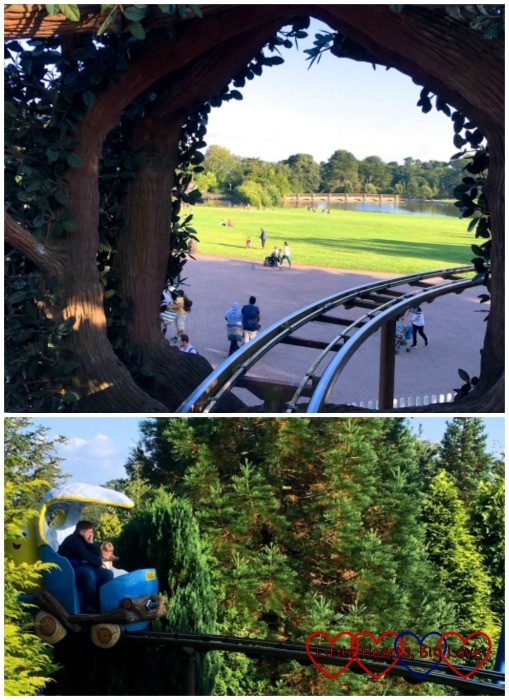 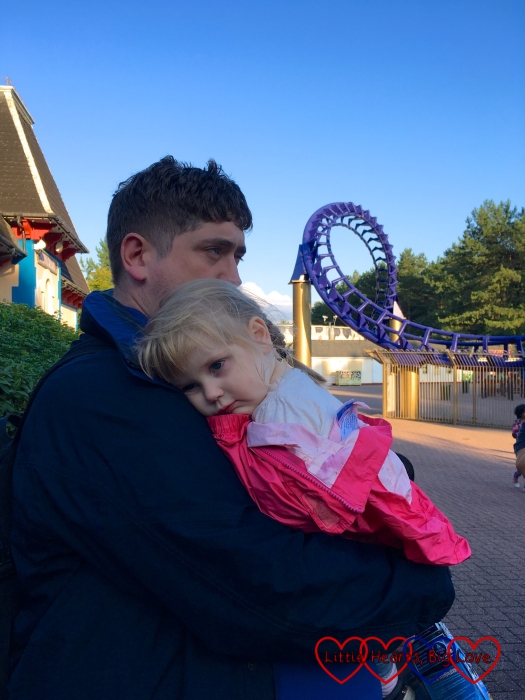