I’ve been meaning to make a calm-down glitter jar with the girls for quite a while now ever since reading Life with Baby Kicks’ post on the one she made with her son. This month’s #BostikBlogger craft theme is space. When I saw the contents of the box that we received from Craft Merrily, I thought some of them would be perfect for making a starry night glitter jar. 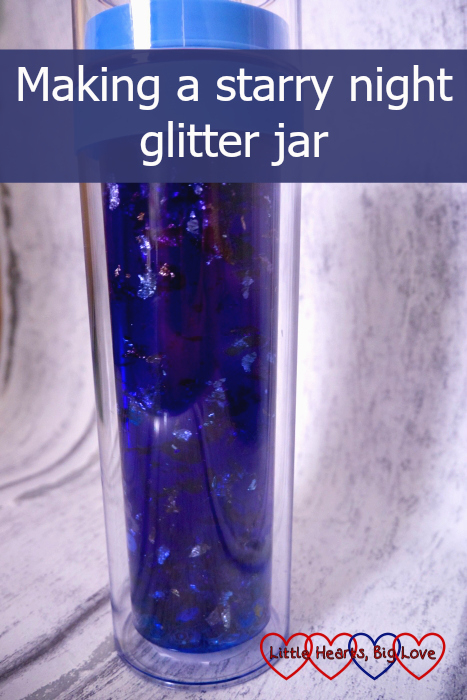 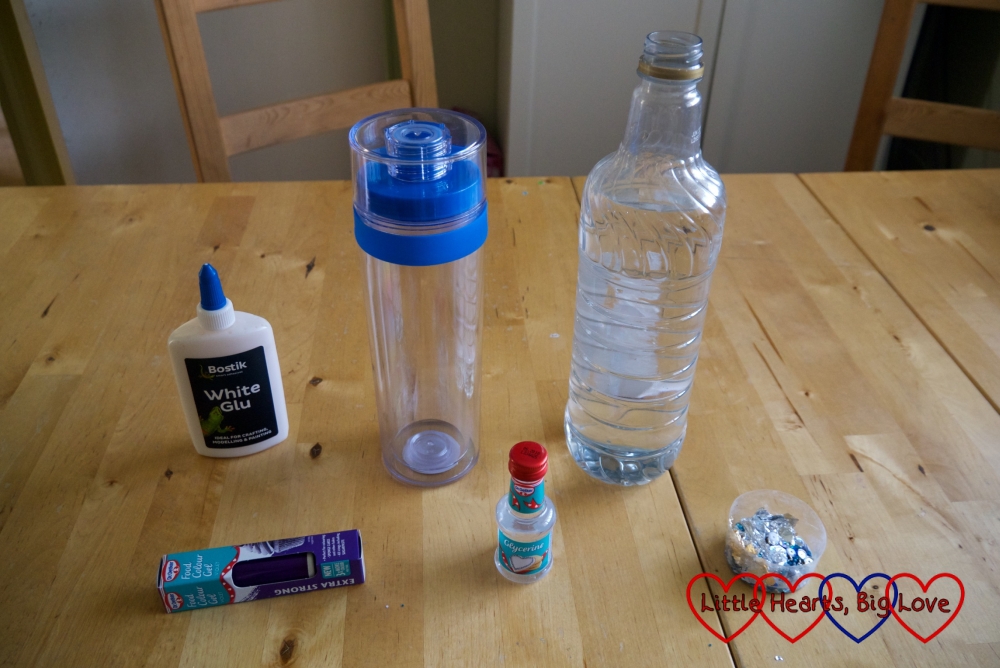 1) Pour all the glycerine into the bottle. 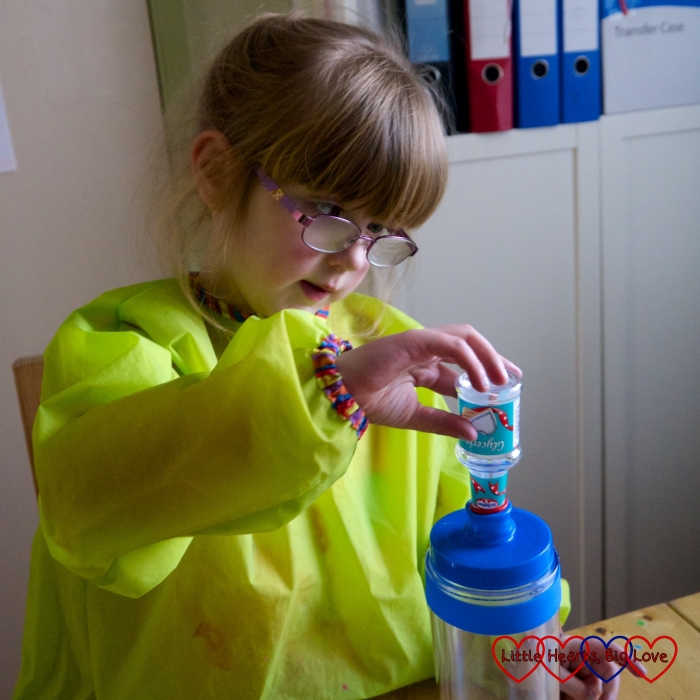 2) Add the sequins, foil and star shapes. You may find it easier to use a funnel to do this. We cut the bottom off the cardboard cone that came in our craft box and used that as a funnel. 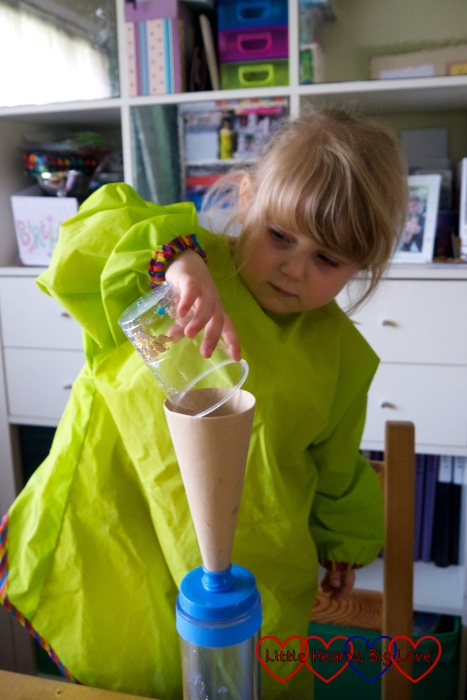 3) Mix together the water and food colouring in another bottle. My girls went a bit mad with the food colouring and I ended up having to dilute the water a lot so we could see the sequins in the bottle! A little goes a long way! 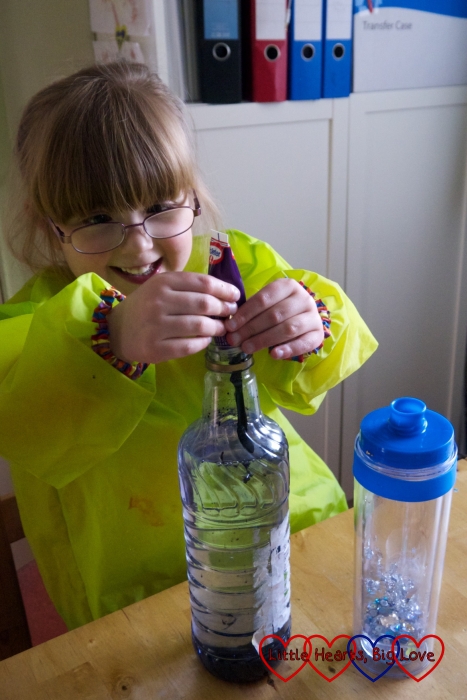 4) Pour the coloured water into the bottle using the funnel.

5) Add a layer of glue around the neck of the bottle before screwing the lid on. We used Bostik White Glu for this which has been strong enough to prevent the girls (and me!) from undoing the lid.

6) Shake the bottle and watch the “stars” swirl about. 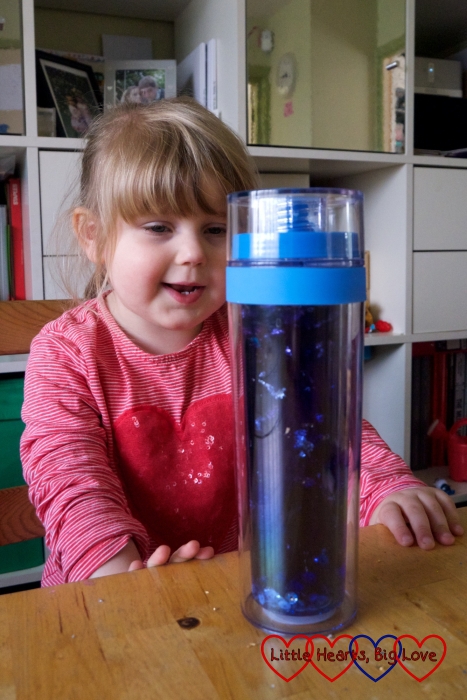 The girls enjoyed making their own starry night glitter jars. They needed a little help when it came to pouring the water into the bottle but were able to do the rest of the steps themselves. We’ve been using these to help the girls calm down when they need time out. Having something to look at and distract them has worked well. If they’re angry, they can also use their starry night glitter jar to help shake their anger away.