Jessica has had a dummy since she was a tiny baby – it has been invaluable during her time in hospital, especially when she was recovering from surgery and we were unable to cuddle her. Over the last few months though, we have been gearing up towards her giving up the dummies (particularly as they are starting to have an impact on the shape of her teeth) and had decided that we would do this once the Christmas tree was put up. 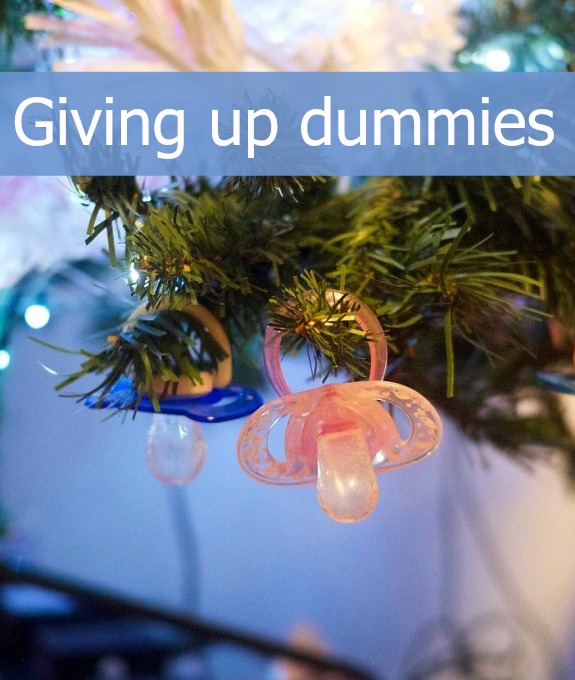 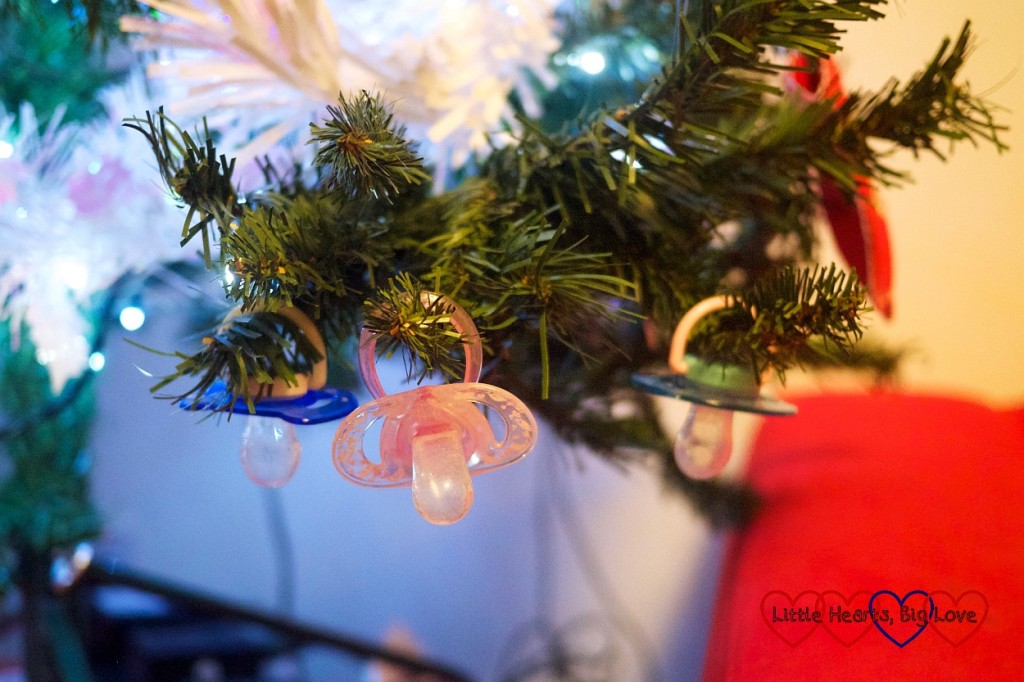 Jessica was a little reluctant to hang her dummies on the tree for the baby reindeer but the prospect of a present the next morning helped encourage her. Whilst she didn’t cry for her dummy, she did take quite a long time to settle that first night before she was able to fall asleep. I had to tie her hair back as well as she started chewing her hair as a substitute for the dummy.

The next morning, Jessica was very happy with the toy kettle that the baby reindeer had left for her and did not seem too bothered that the dummies had disappeared from the tree until we got towards bedtime.   We did then have a few tears as the realisation that the dummies had really gone sunk in but as she was so tired after a busy day out Christmas shopping, she settled down to sleep reasonably quickly. 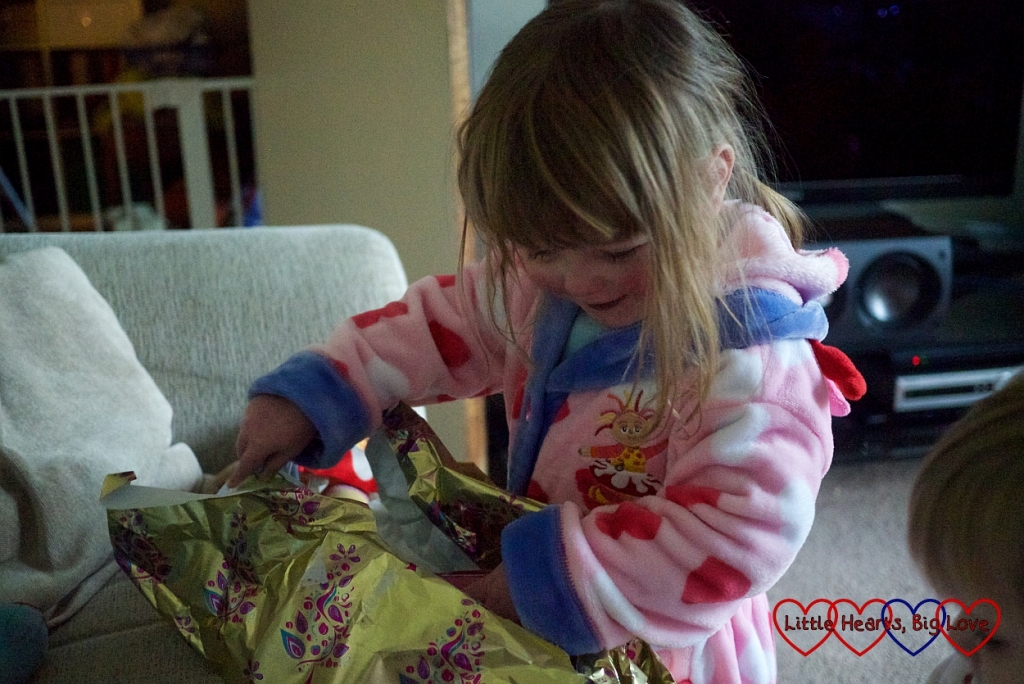 Day three saw a few more tears and wanting her dummy as bedtime approached but tonight Jessica seems to have accepted that the dummies have gone and won’t be coming back. Sophie has never had a dummy so there are no more in the house anyway.

I’m relieved that my big girl seems to have coped with this reasonably well given just how attached to her dummy at bedtime she was.

12 thoughts on “Giving up dummies”