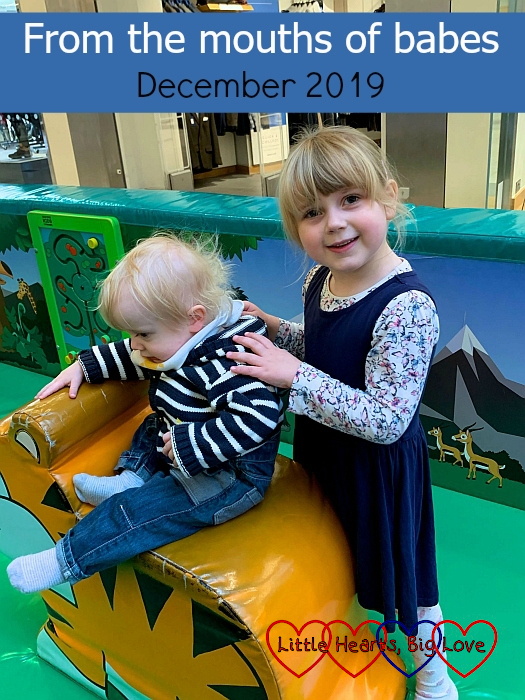 I love Sophie’s description of how we go from night to day:

“When it’s morning time, the sun high fives the moon and comes up, and then the moon goes down.”

We have a Google Home and Thomas likes to try and chat to it. The other day I was trying to get Thomas to say “mum-mum” (which he can say):

It’s a little worrying that Google is one of his first words though!

He also likes it when we ask Google what sound a cat makes and tries to copy the noise.

Thomas also loves music and is starting to try and sing along to songs now. ‘The Wheels on the Bus’ is a favourite and he often joins in with a “rah-rah-rah” on “round and round” and “ooh day” on “all day long.” So adorable.

In the run-up to Jessica’s last Christmas, Grandma asked her and Sophie if they would sing the first verse of Once in Royal David’s City in the carol service at church. They practised it so much, but on the day were too shy to sing it and I ended up singing it as a solo instead. I did manage to get a recording of them singing together though. It’s such a beautiful memory.