Sophie has been learning about dinosaurs over the last half-term at school. She’s enjoyed hunting for fossils during outdoor learning sessions, drawing pictures of dinosaurs and learning more about different types of dinosaurs, where they lived and what they ate. On the last day before the half-term holidays, Reception had a Dino Day where the children were invited to come to school dressed as a dinosaur or in dinosaur-themed clothes. Sophie wanted to make a dinosaur head to wear so we got busy crafting together to make one out of papier-mâché. Here’s how we did it: 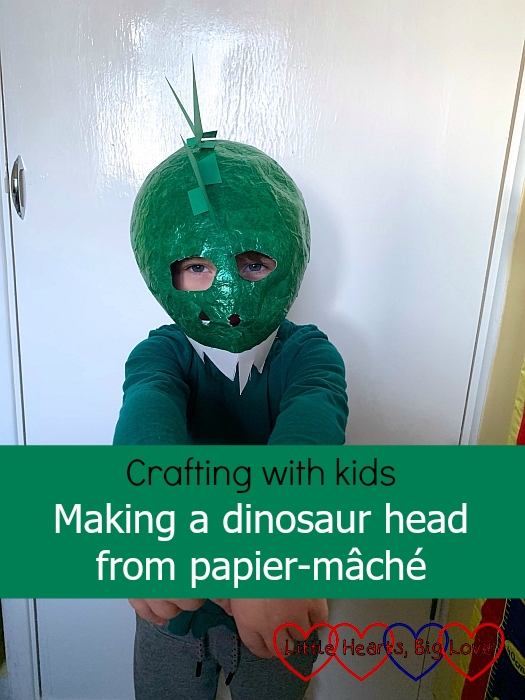 1) Tear the tissue paper into small pieces or strips.

2) Blow up the balloon to the size needed for your dinosaur head. Place some blu tack in the bottom of a paper bowl (to help weigh it down) and tape the balloon on top. This will hold the balloon steady while you cover it in glue and tissue paper.

4) Spread watered down glue over the balloon and cover with small pieces of green tissue paper, spreading another layer of watered glue on top of the tissue paper until the top half of the balloon is covered in a thin layer of tissue paper and glue. 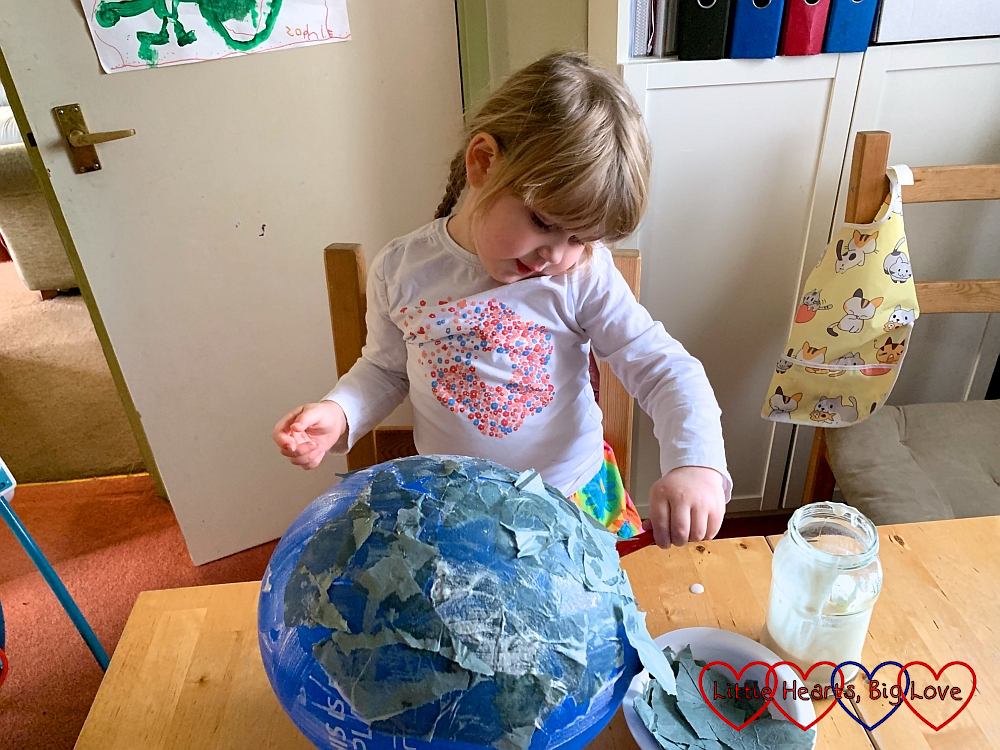 5) Leave to dry completely. It can take 24 hours for each layer to dry.

6) Repeat step 4 and 5 to continue adding layers to the balloon. You will need at least three layers. 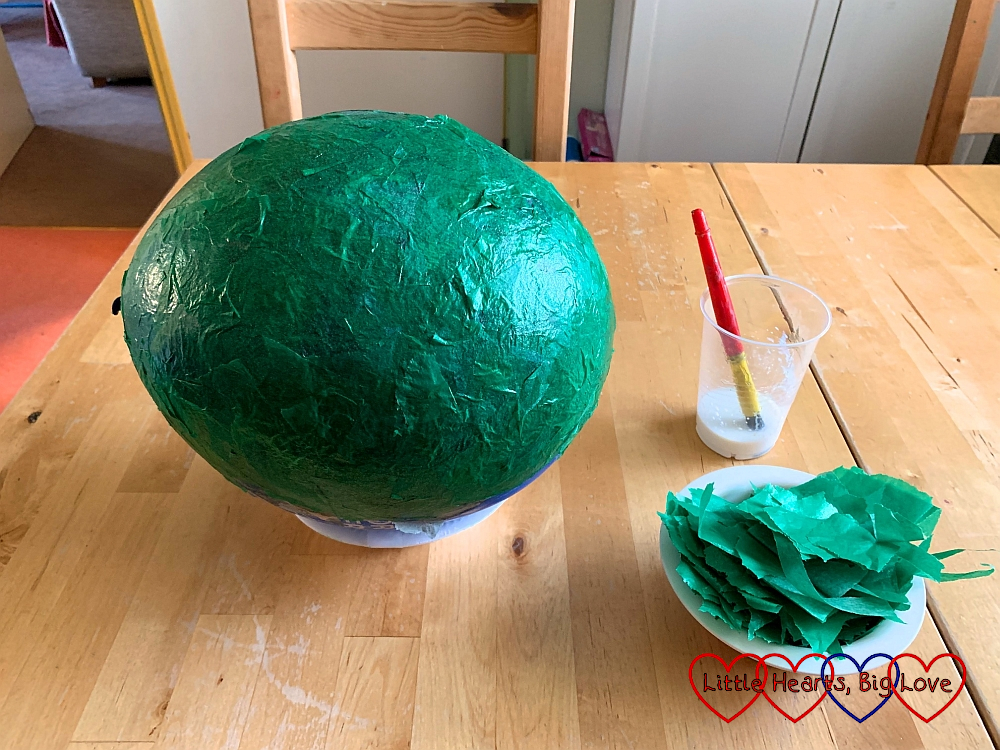 7) Once the final layer is completely dry, pop the balloon and gently peel away from the inside of the papier-mâché. Trim the edges as needed. 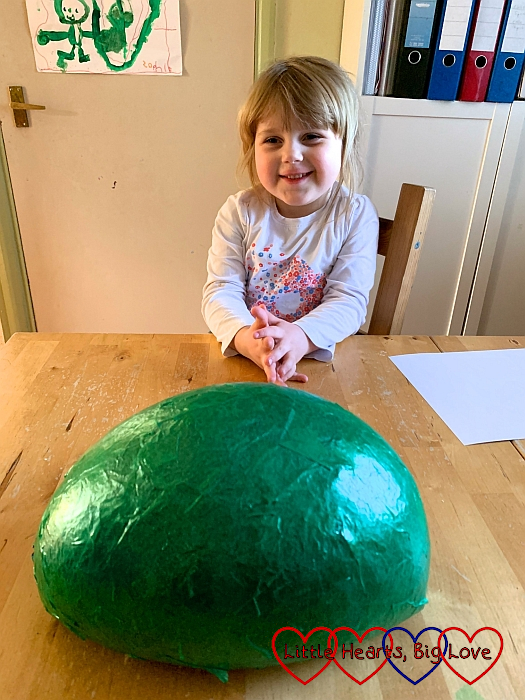 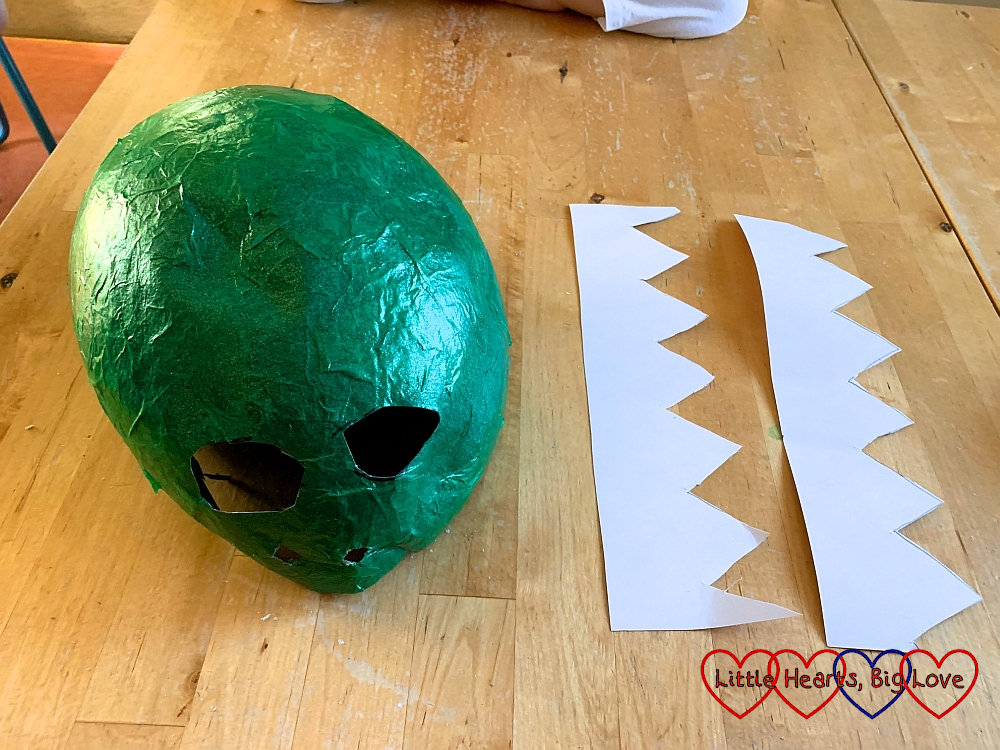 9) Cut zigzag shapes in a long strip of white card. Attach to the bottom edge of the papier-mâché head using double-sided tape to make the dinosaur teeth. 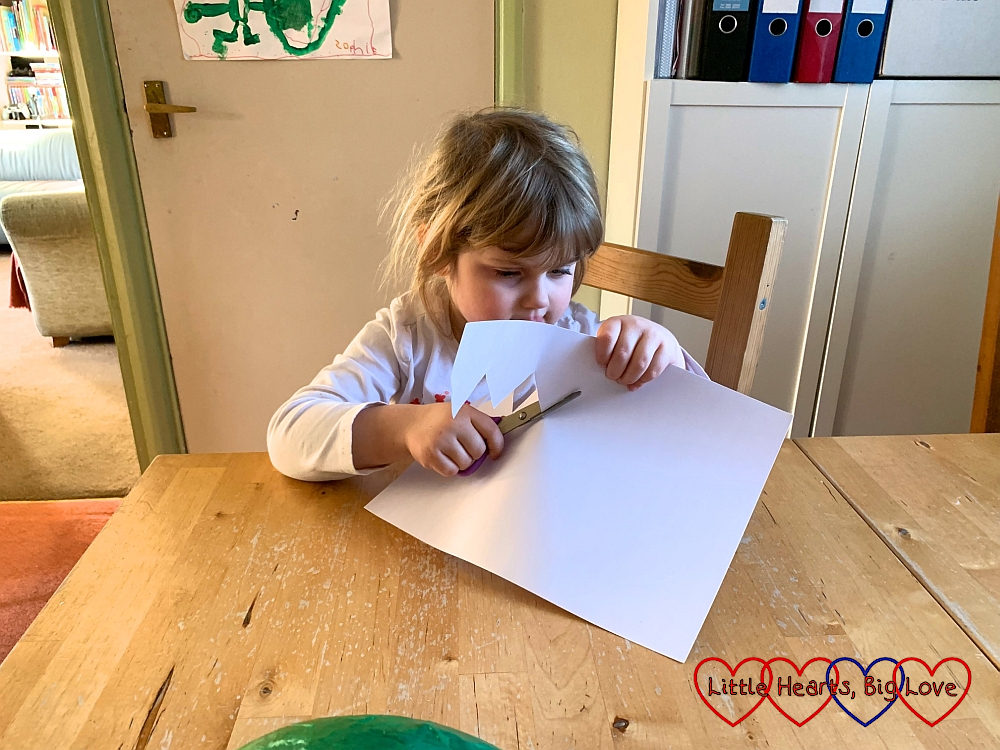 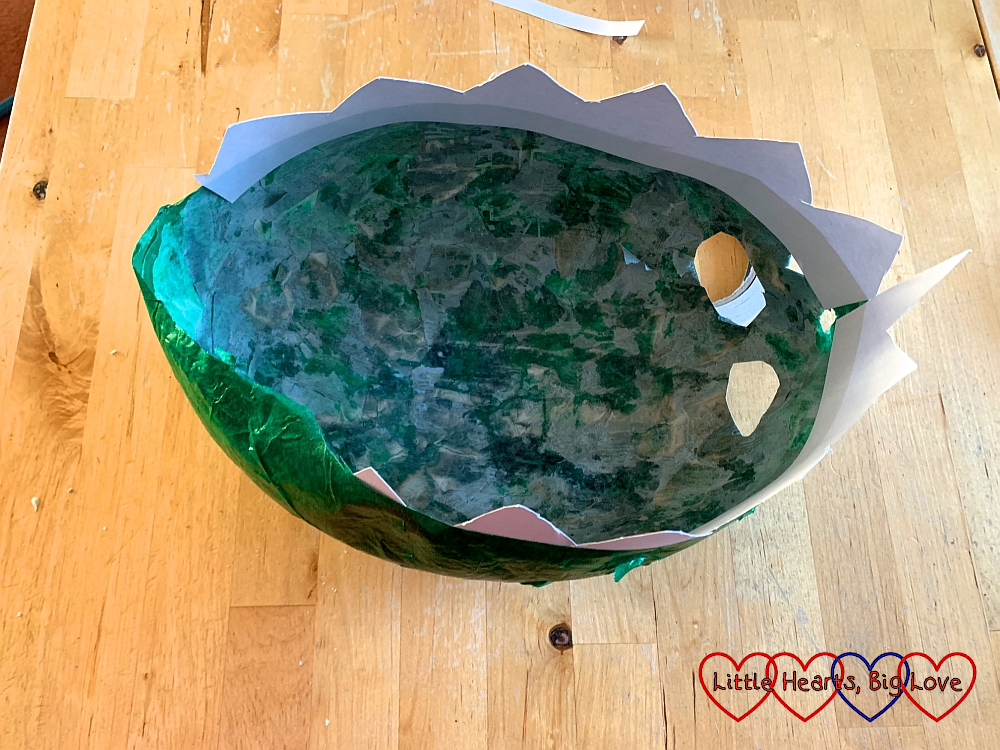 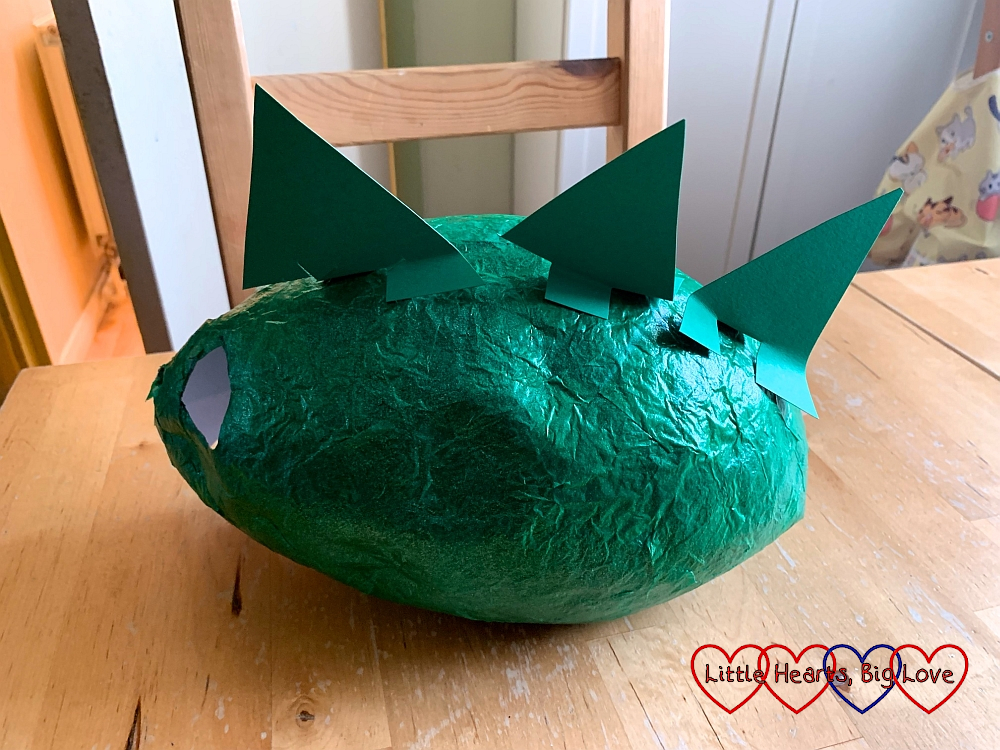 We were a bit short on time when making our dinosaur head, having only remembered about Dino Day two days before it was due to happen. Using a fan helped speed up the drying process with each layer. We only had time to do three layers which was just about enough although our dinosaur head was a little soft and an extra couple of layers would have been better. Sophie was very happy with the finished result though. 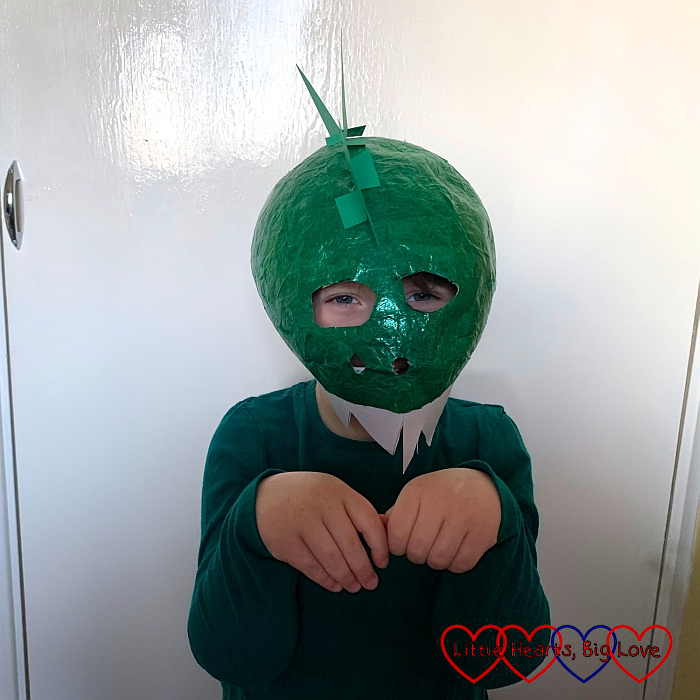 2 thoughts on “Crafting with kids: Making a dinosaur head from papier-mâché”