This month’s #BostikBlogger craft theme is “space”. We were inspired to make this simple space-themed mobile using polystyrene balls and stars, string and a paper plate. 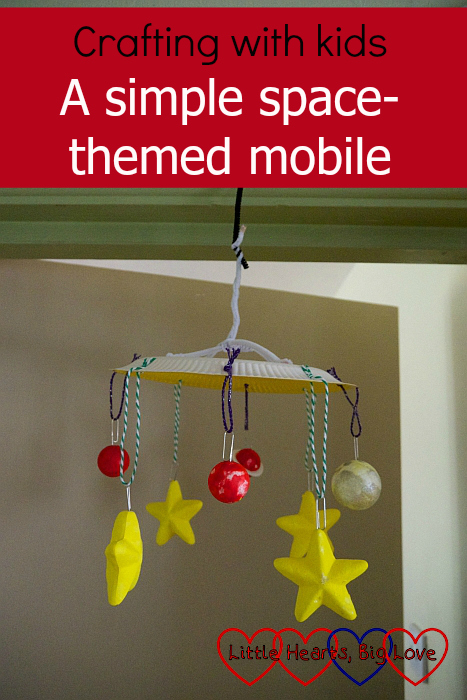 1) Mix the paint with a little PVA glue and paint the polystyrene stars and balls. Sophie found it easiest to roll the balls in the paint rather than use the paintbrush to paint them. 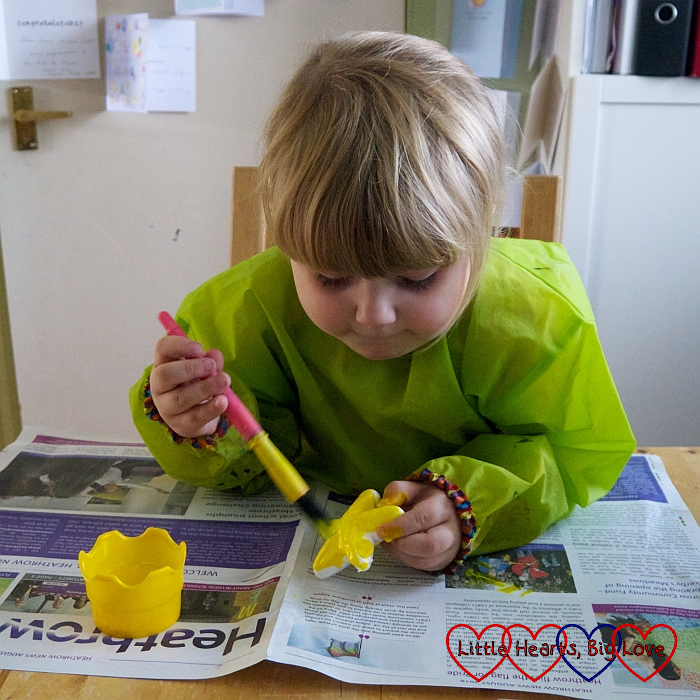 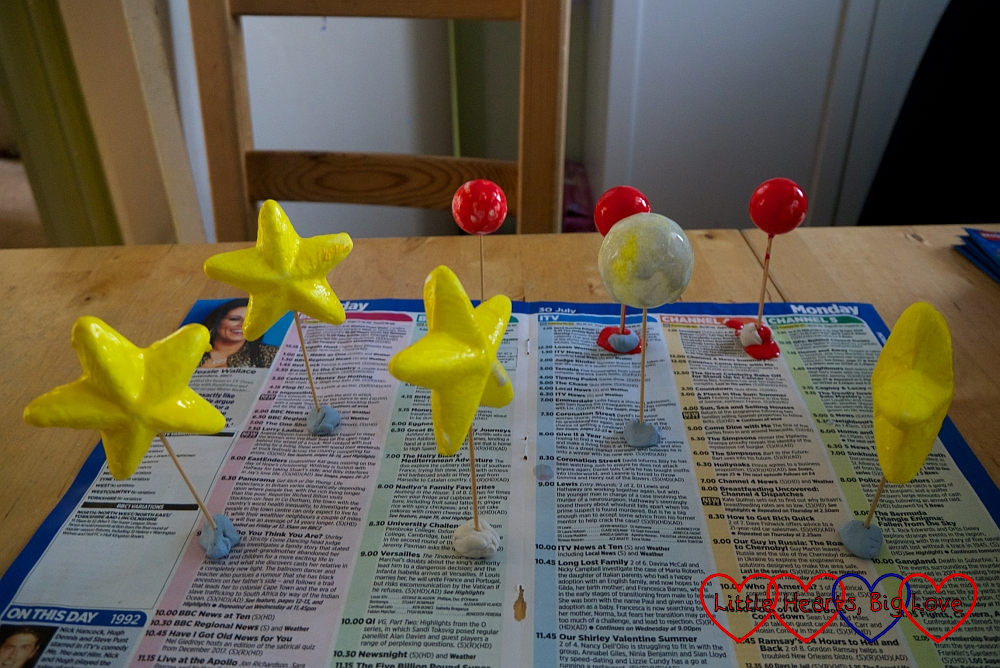 3) To make a ringed planet, use a craft knife to slice a painted polystyrene ball in half. Cut a circle from craft foam and glue in place between the two halves of the polystyrene ball. 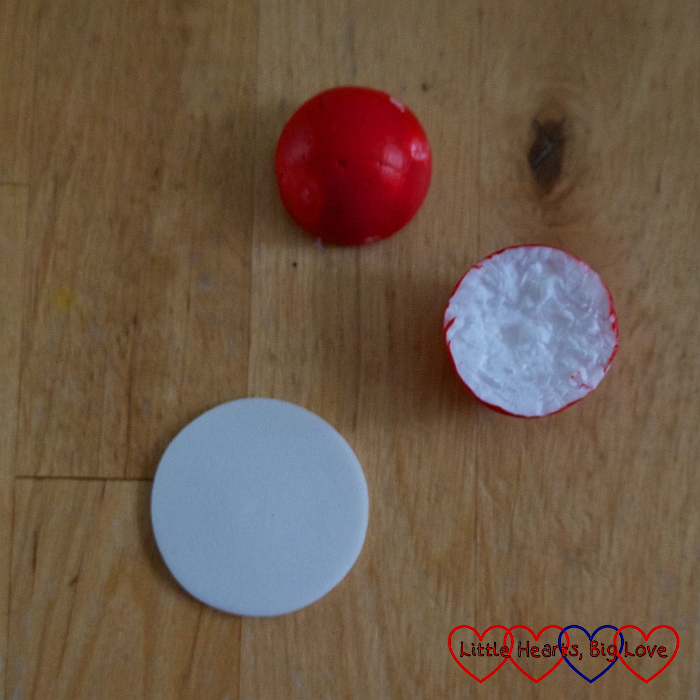 4) Unbend one end of a paper clip and push into the top of a star or ball to leave the loop of the paperclip exposed. 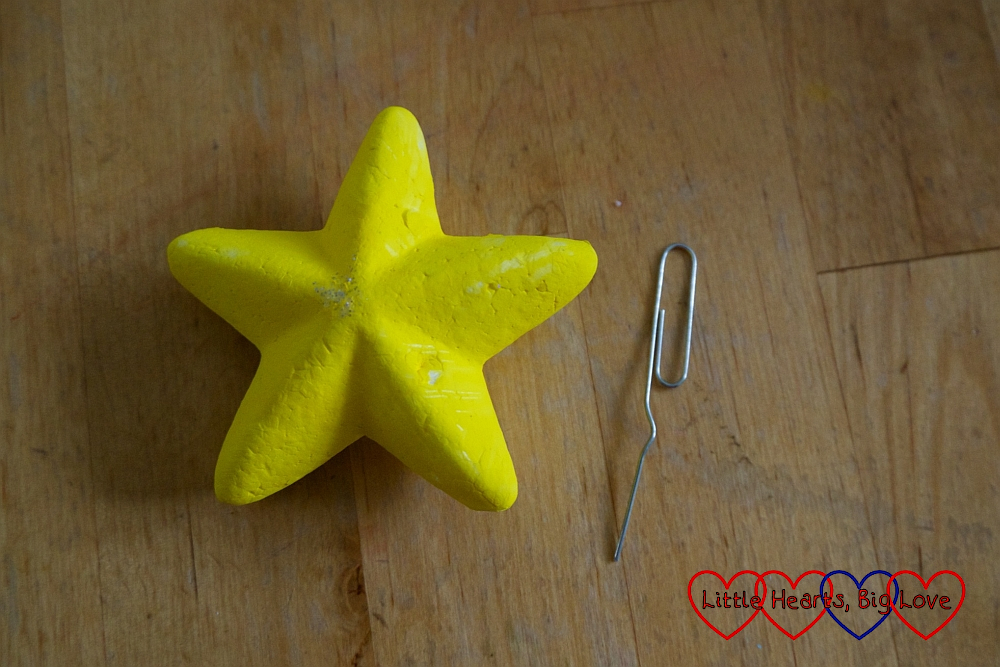 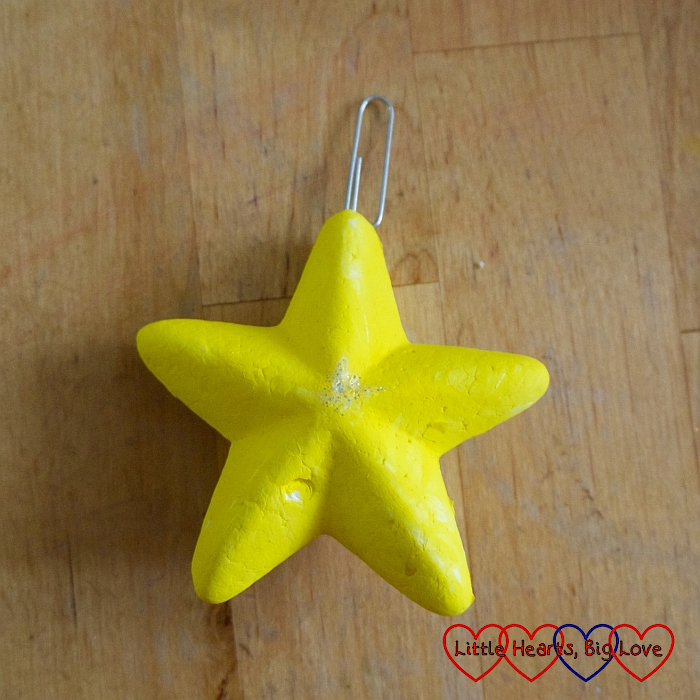 6) Thread string through the paperclip loop on each polystyrene star or ball and tie the other end through one of the outer holes on the paper plate. 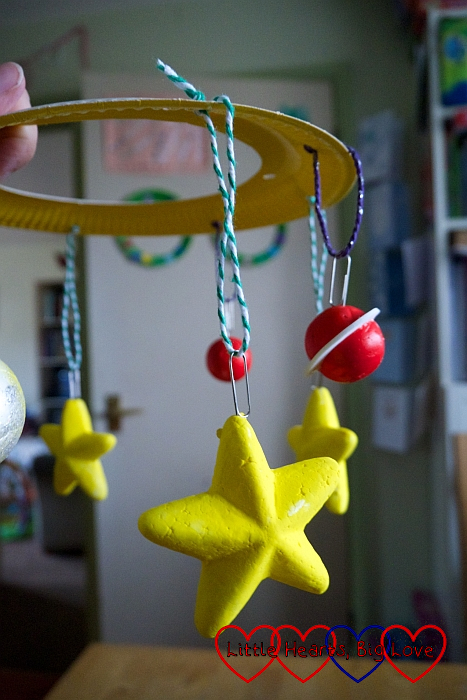 7) Twist one end of a pipe cleaner around each of the inner holes and connect the four pipe cleaners together in the middle of the paper plate, leaving one long piece sticking up. You can use this long piece to hang up your space mobile. 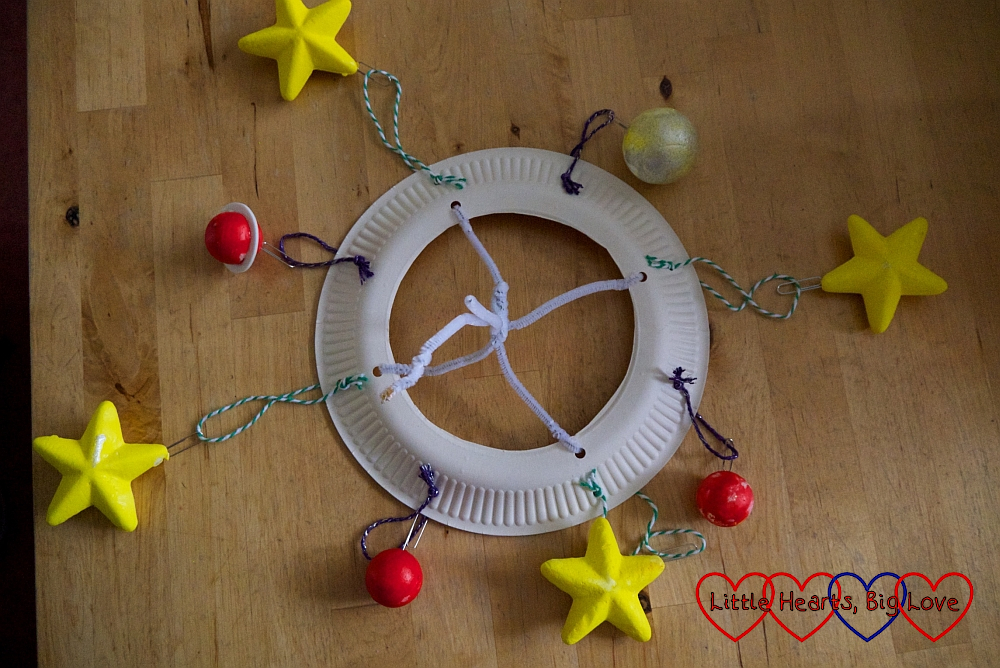 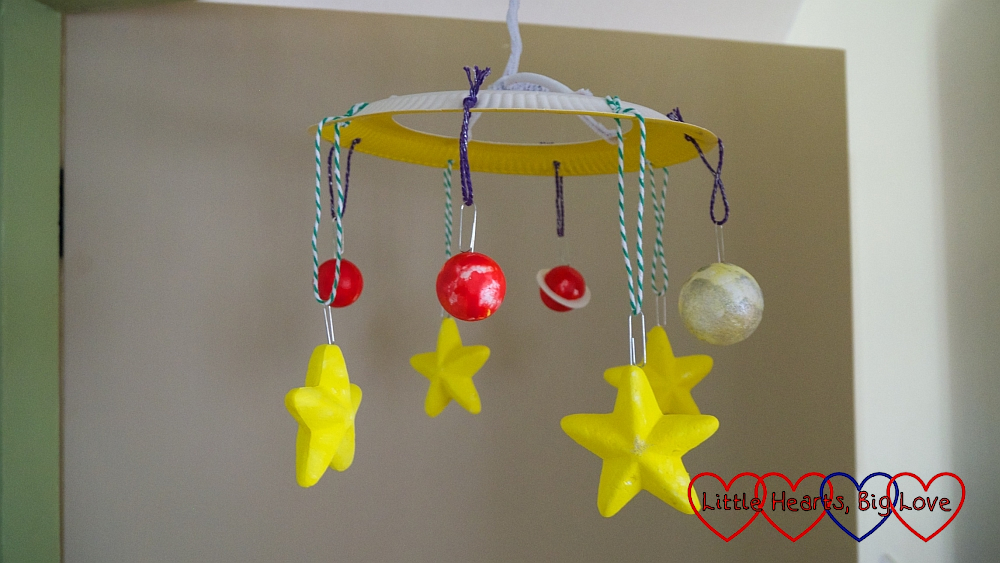