Our fourth and final book bench trail was the Bloomsbury trail. With just 15 benches left to find, we were determined to finish off our summer Book Bench challenge. Our trail started at St George’s Square, which was a burial ground back in Georgian times (one of Oliver Cromwell’s granddaughters is interred there). It was also the location of our first bench of the day – The Lion, The Witch and the Wardrobe bench. With one down and 14 to go, we set off to find the next one on our list – the Jeeves and Wooster stories bench. 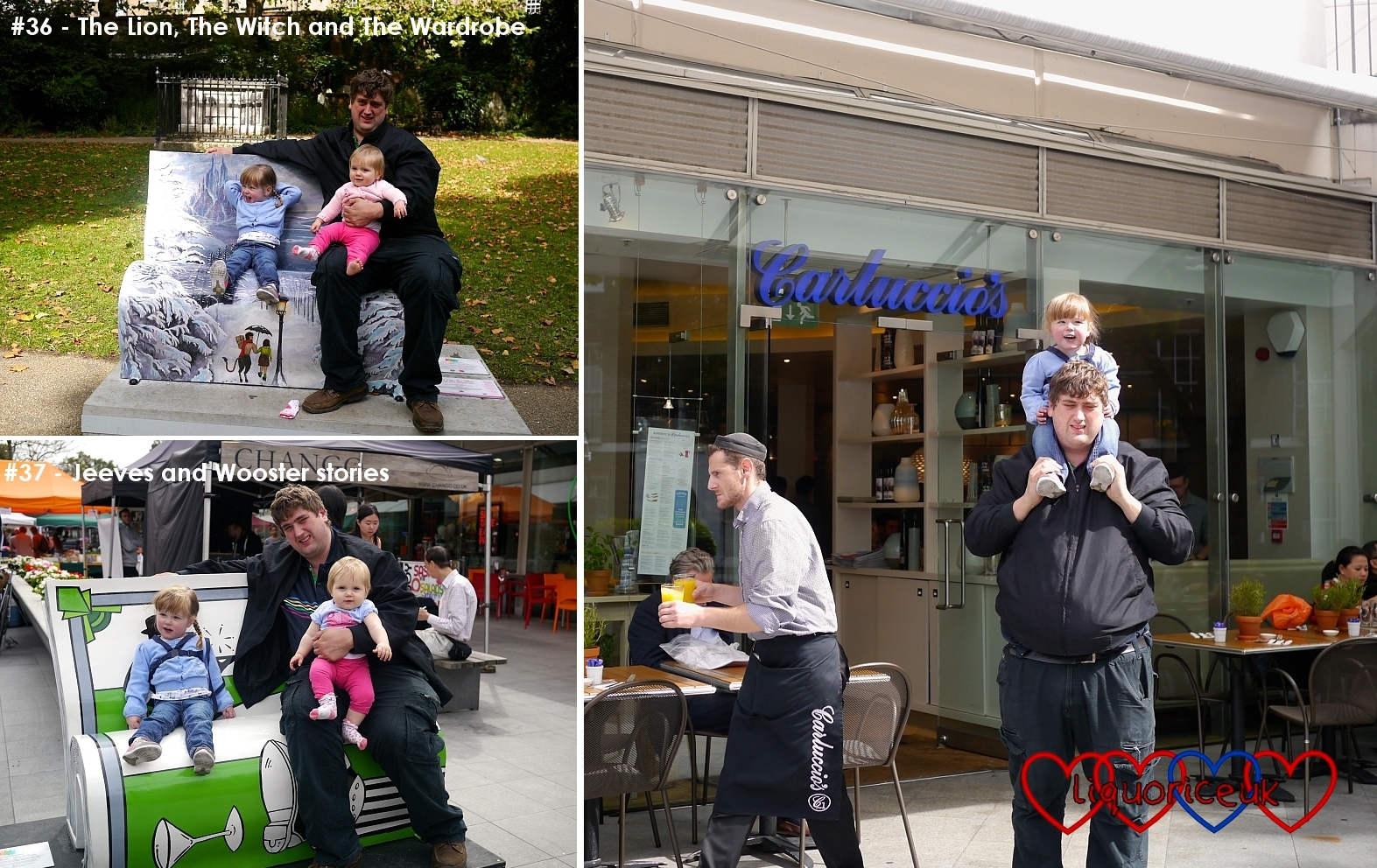 As we turned the corner into the Brunswick Centre where the bench was situated, I suddenly had a flashback. I had been here just once before, a little over three years ago, the day we had visited Great Ormond Street Hospital and been told that our unborn daughter was unlikely to be suitable for surgery and probably wouldn’t survive more than a few hours. We had sat in Carluccio’s after phoning our close family, trying to process the devastating news. Being back here again brought back a rush of emotions that I was completely unprepared for – bringing me close to tears yet I was so thankful too. Because here we were outside that same Carluccio’s with that little girl standing beside us. It was a very moving moment. 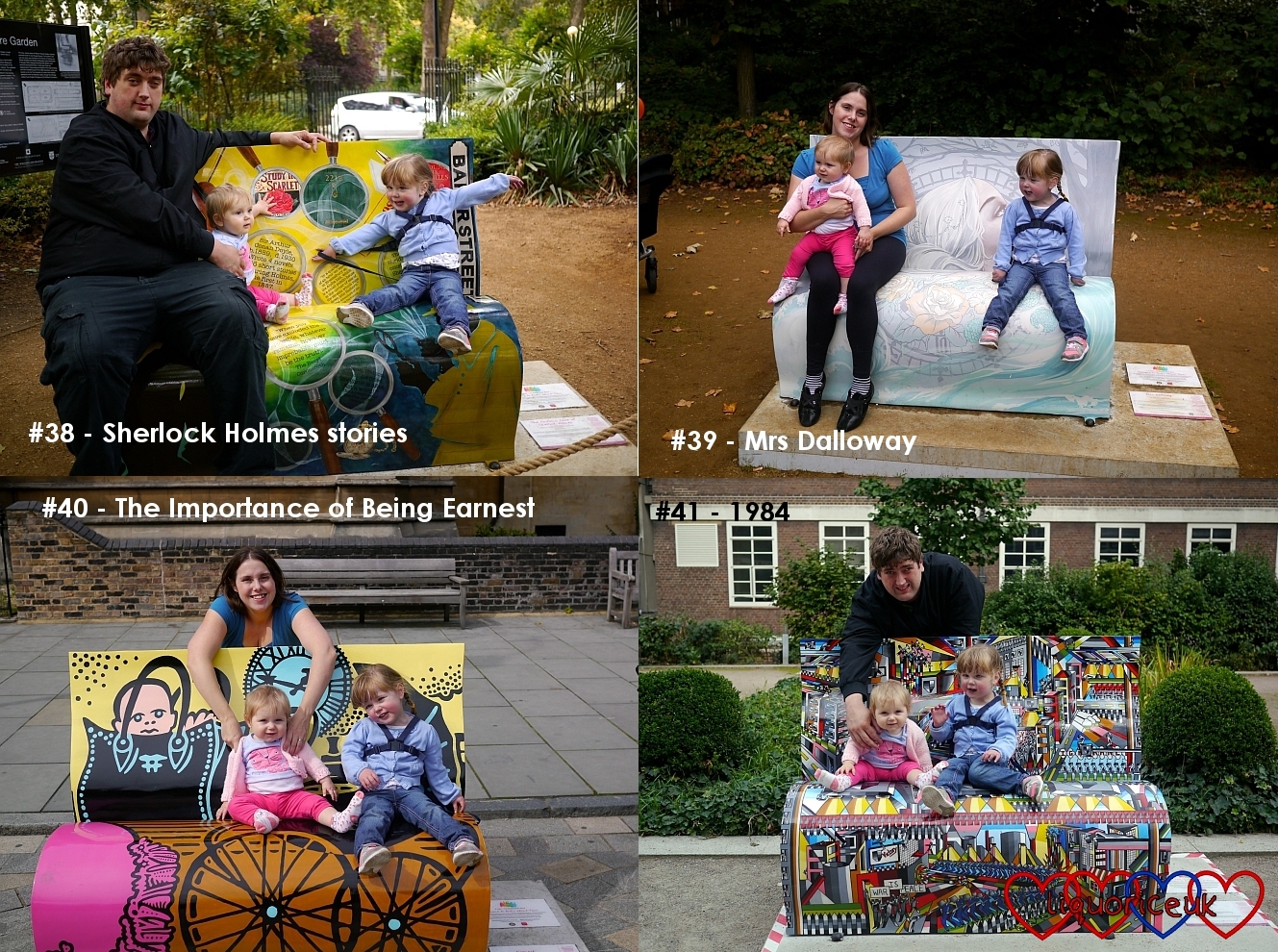 We stopped for lunch and recovered ourselves again before heading off to find some more book benches. The next few benches were quite close together near the University of London – Sherlock Holmes stories in Woburn Square, Mrs Dalloway in Gordon Square, The Importance of Being Earnest in Byng Place and 1984 in Torrington Square. There was a children’s play area near by and so we took a break from our hunt whilst Jessica enjoyed some time to stop and just play and Sophie had a little nap. 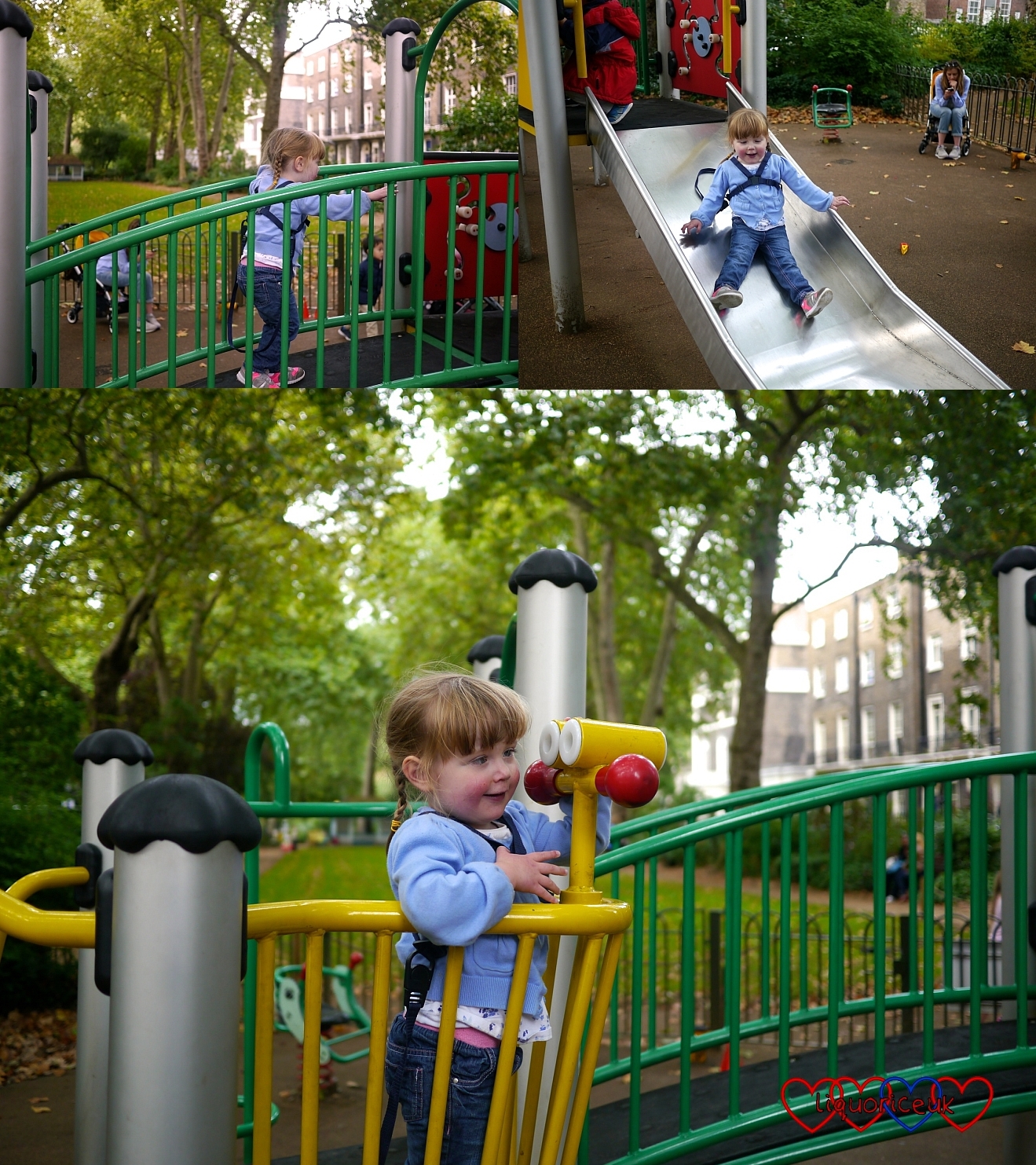 Then it was off to the next bench – The Day of the Triffids near Senate House. Benches 43 and 44 – James Bond stories and Hercule Poirot and the Greenshore Folly were opposite each other in Bloomsbury Square Gardens and next to another play area which gave Jessica another opportunity to have a break from posing on book benches and run around and play for a while. 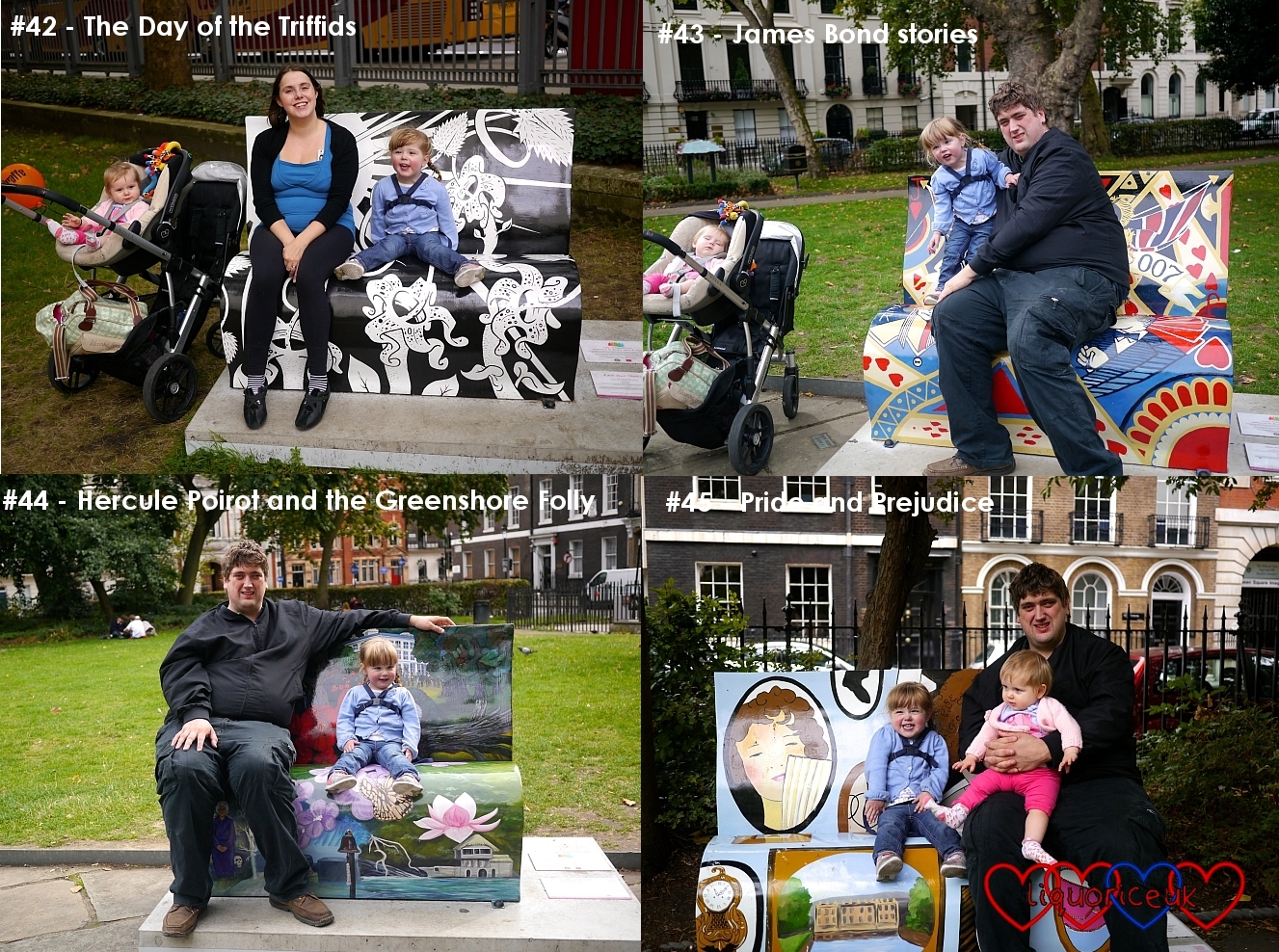 There was another emotional moment as we headed towards the Pride and Prejudice bench in Queen Square near Great Ormond Street Hospital. There just outside the gardens was the spot where we sat and made some difficult and heartrending phone calls. We took a photo of the three of us on that same bench, very thankful that we were there three years on with Jessica with us. 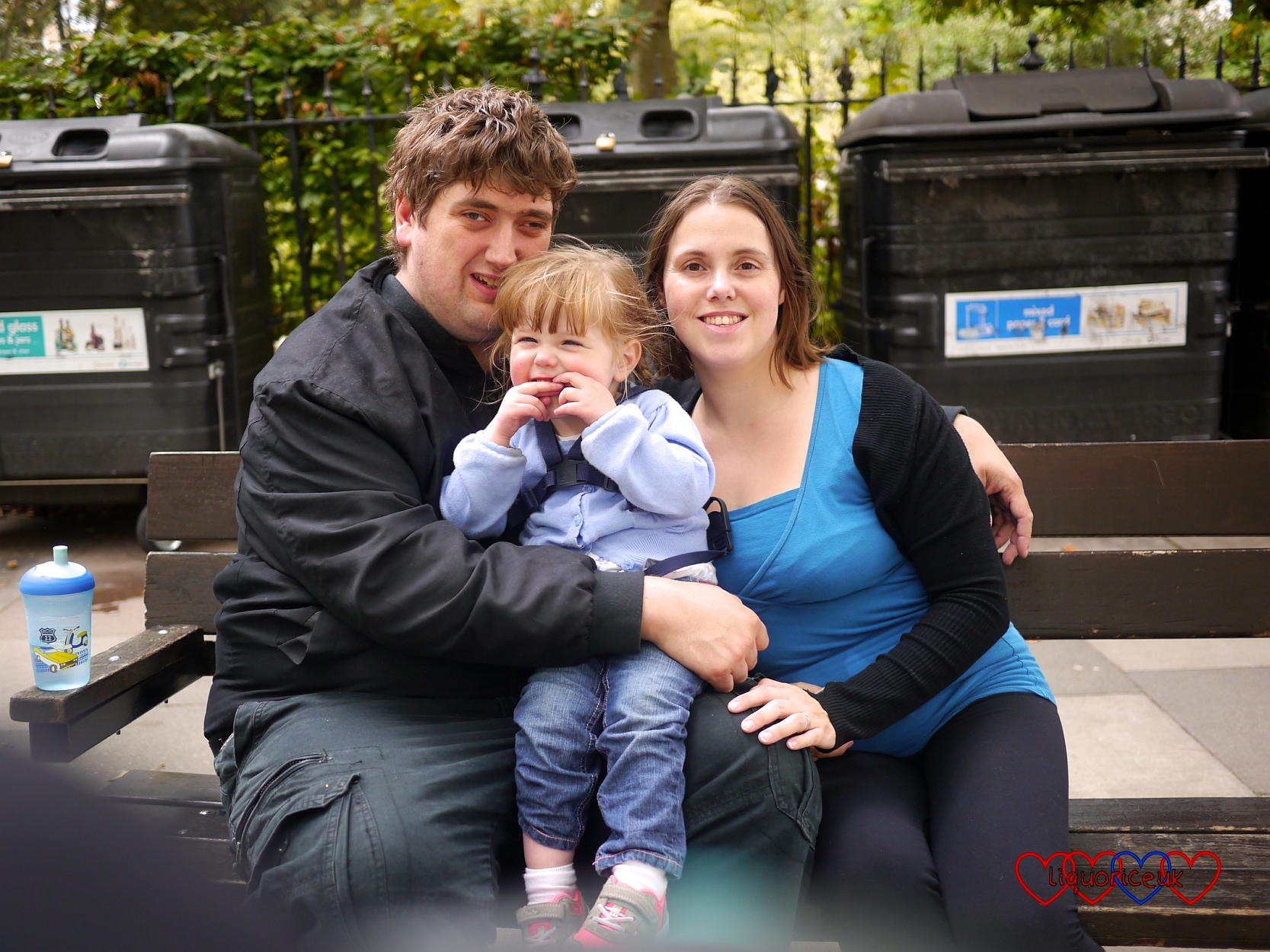 Another stop off at a play area and then the next bench: the second of the two Peter Pan benches on the trail (this one titled ‘Always try to be a little kinder than is necessary‘) in Red Lion Square. Jessica fell asleep in her buggy en route to Covent Garden to tick off the final bench on this trail and the only bench situated indoors – Around the World in Eighty Days found inside Stanfords Travel Bookshop. 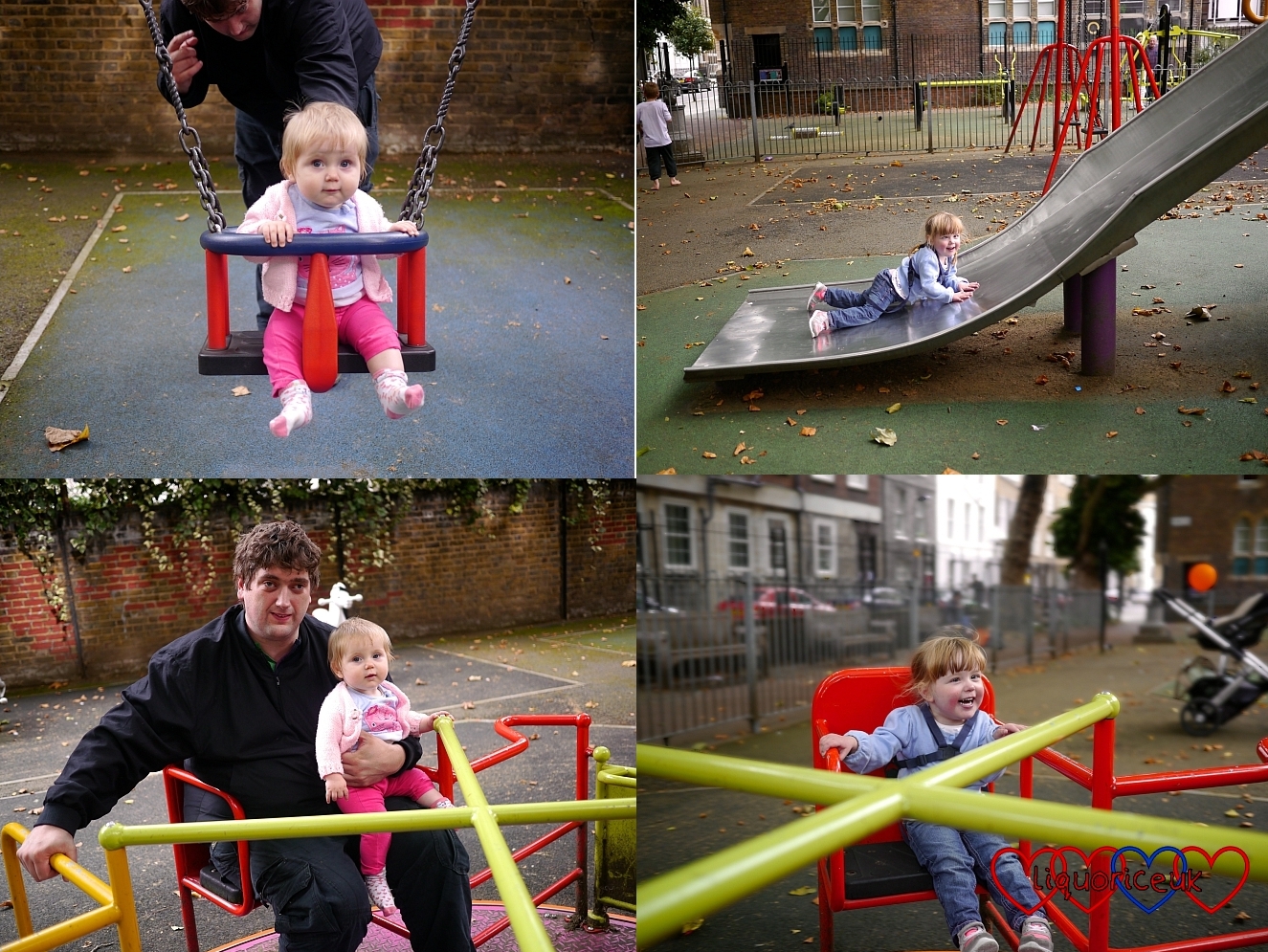 Although we had completed the fourth of our trails there were still three benches left to find as we had been unable to finish the Greenwich trail earlier in the summer. So we got on the tube (lots of fun with a double buggy!) and headed off to Greenwich to tick off the final benches. Secret Diary of Adrian Mole (Girl Engrossed) was near St Alfege’s church and the Samuel Pepys Diary near the Cutty Sark. Our final bench was The Canterbury Tales which had been away being repaired when we had last visited Greenwich but was back allowing us to finally tick all fifty benches off our list. 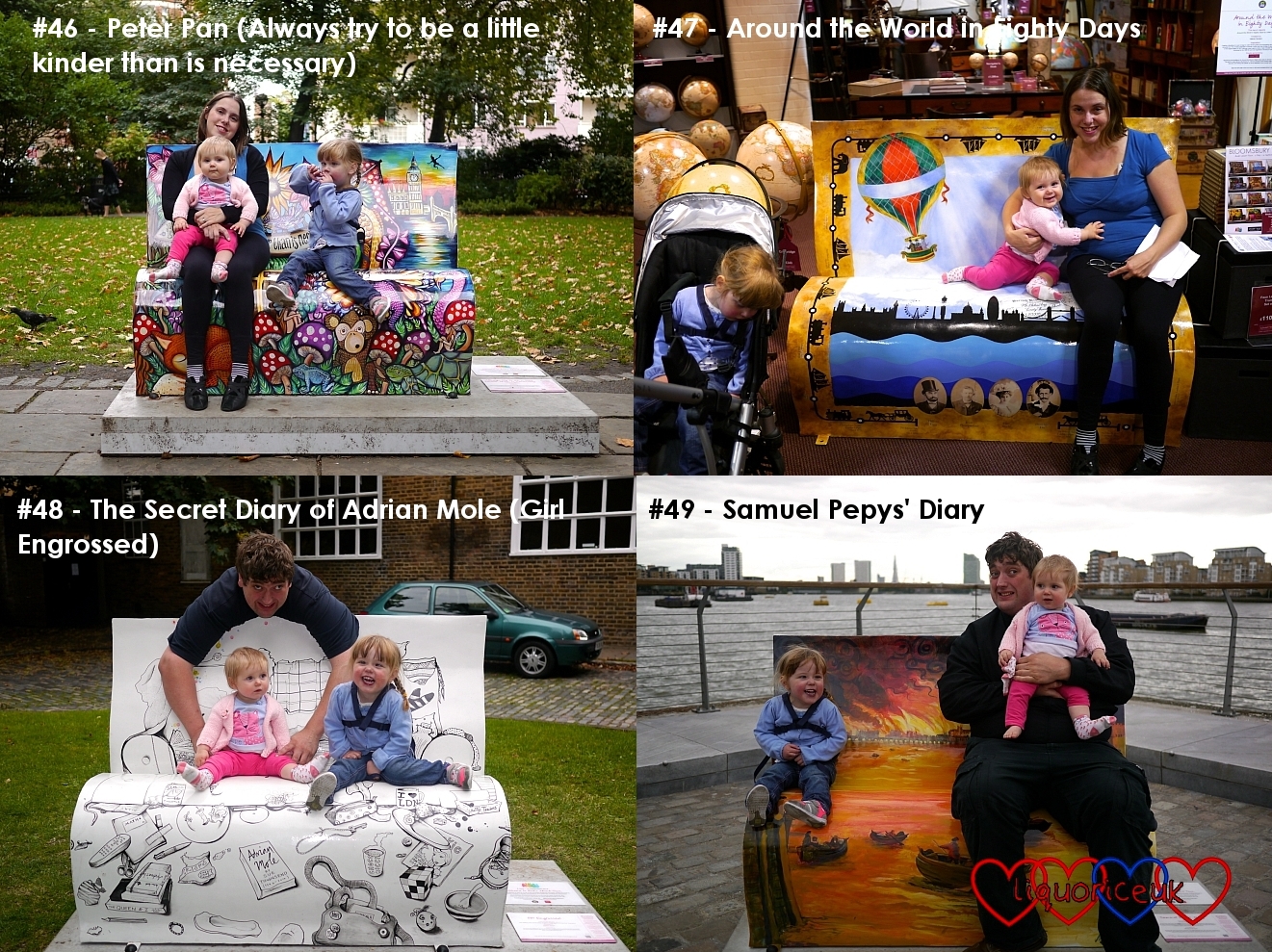 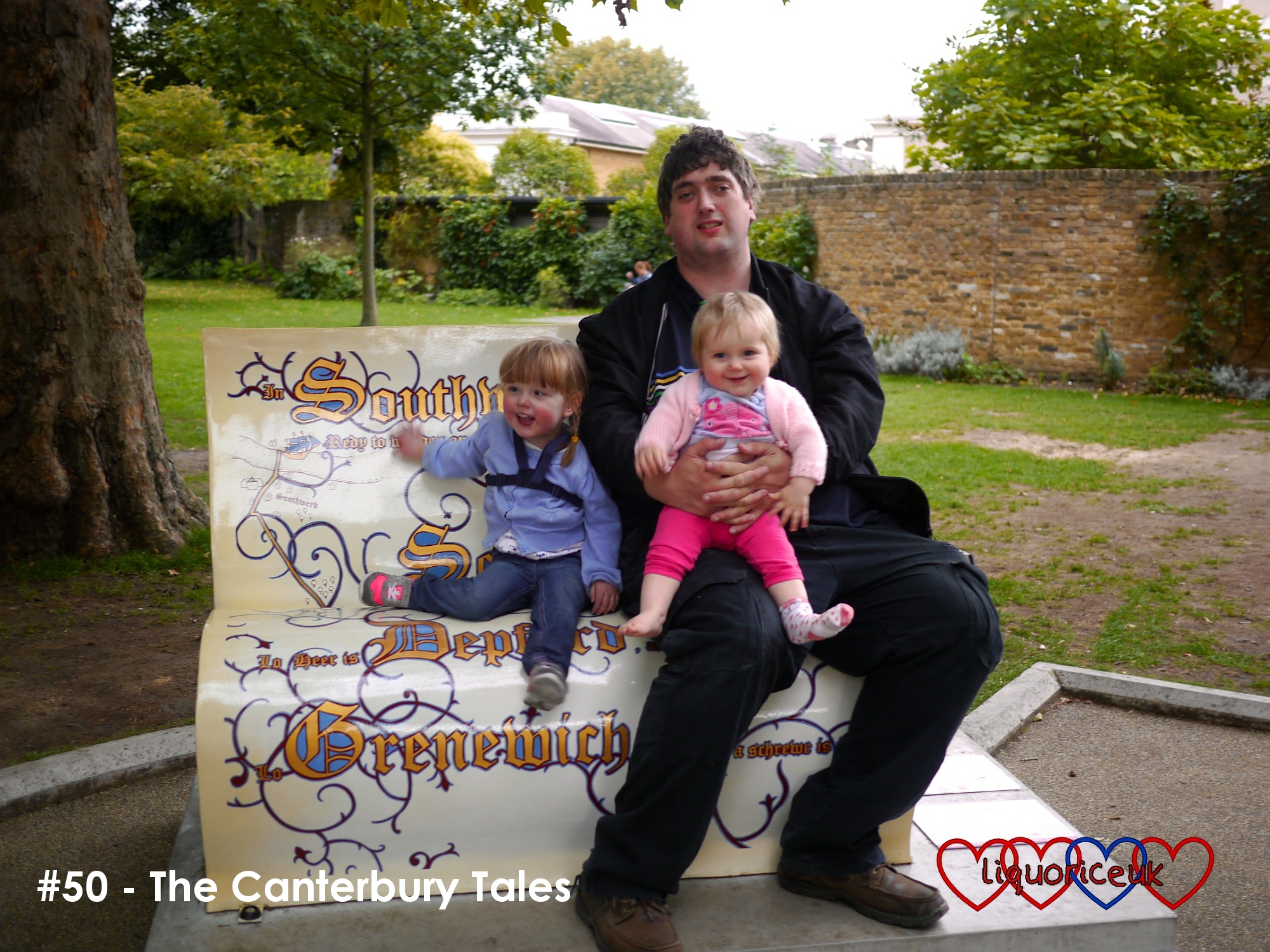 Fifty benches, four trails and a great way to explore London.  The benches will be removed from 14th September and then will be auctioned to raise money for the National Literacy Trust so there’s only about a week left to see them before they disappear.