With the autumn weather looking a little brighter one morning this week, we decided it would be a good opportunity to visit one of the parks near us to go and feed the ducks. We’ve only been to this particular park once before, several months ago and Jessica was quite taken by the numbered signs next to various trees which stated what kind of tree they were. I was quite amazed when the first thing she said on getting out of the car was “find number five tree!” – she clearly remembered where we were despite it only being her second visit.

The first thing we did though was to make sure we fed the ducks. We had some thawed frozen peas ready (having read that bread isn’t the best thing to give to ducks) and Jessica was having a wonderful time throwing it at the ducks. Sophie too enjoyed being able to get out of the buggy and stand on the bridge watching the ducks. 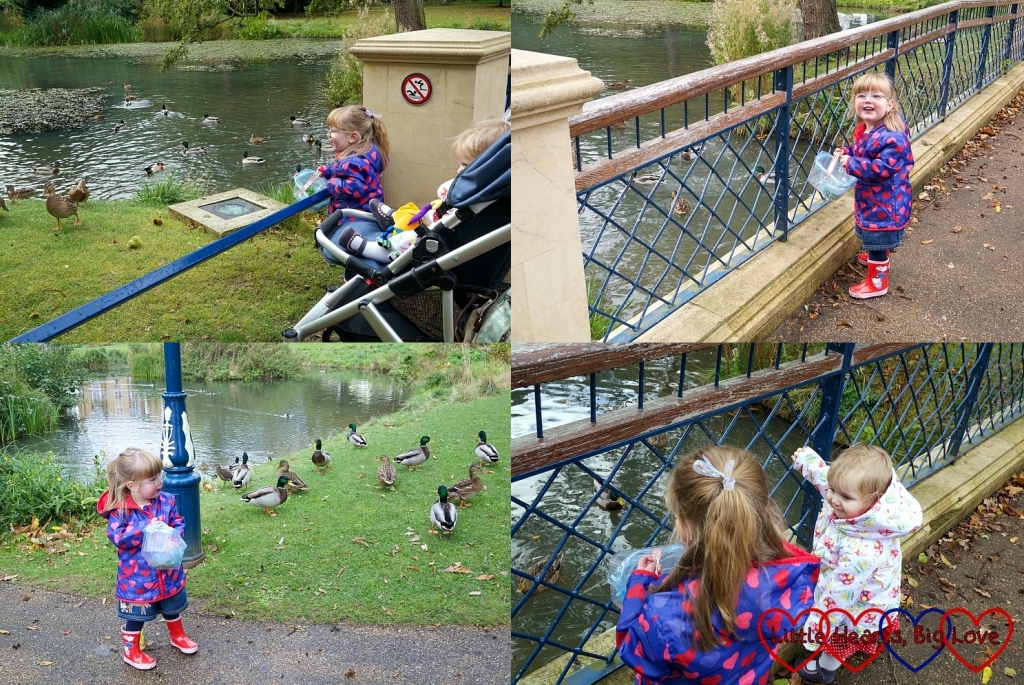 Once the ducks were fed, we enjoyed having a wander around and collecting up leaves and twigs to take home. There were a few chestnut trees and Jessica was quite fascinated by the prickly cases. She also enjoyed jumping in the leaves and the rustling sound they made underneath her welly boots. 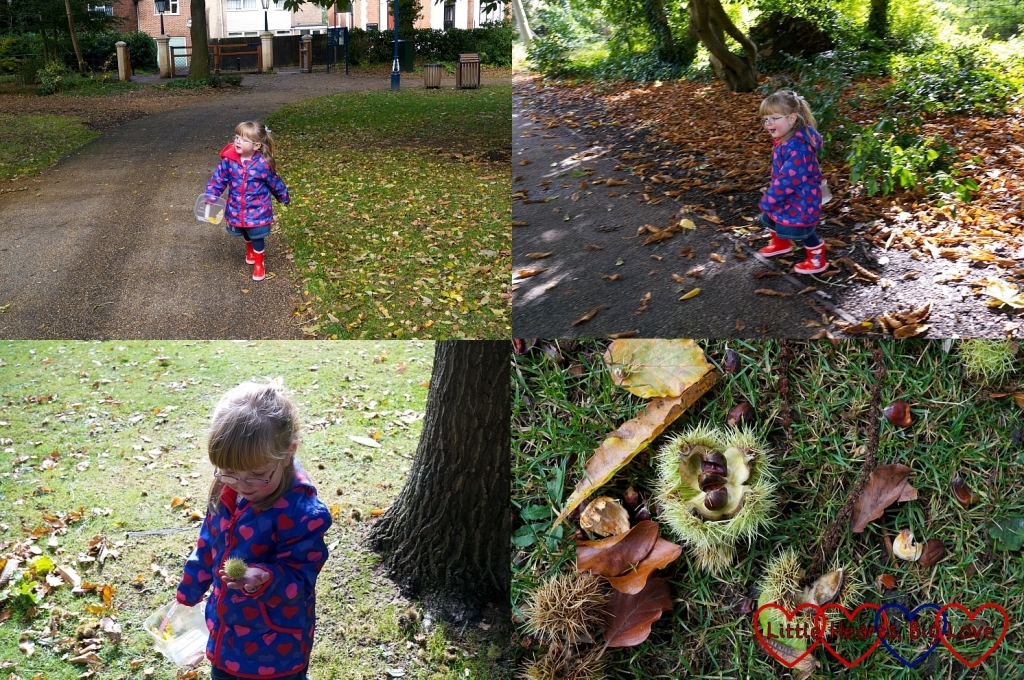 Linking in with Coombe Mill for Country Kids and Let Kids Be Kids:

24 thoughts on “An Autumn walk”