Runnymede is a meadow south of Windsor, and is best-known for being the site where the Magna Carta was sealed in 1215.    According to Wikipedia, the name Runnymede probably derives from two Anglo-Saxon words – runieg, meaning regular meeting; and mede meaning meadow.  Although I knew that that the Magna Carta was sealed there, I didn’t know that Runnymede was also where the Witenagemot, the council of the Anglo-Saxon kings, was held during the reign of Alfred the Great.  Don’t you just love the internet for being able to find out these fascinating facts? 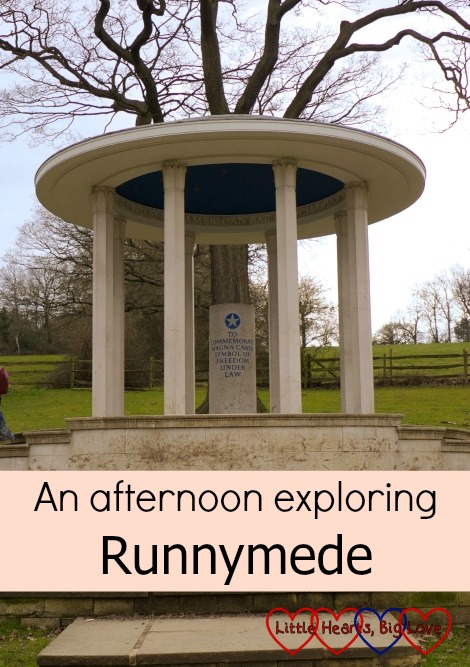 Historical significance aside, Runnymede is also a lovely place for a walk.  There are several walks marked on the map.  We decided to go for the shortest one and leave the buggy behind in the car –  a wise move as it turned out as the ground was very boggy in places. 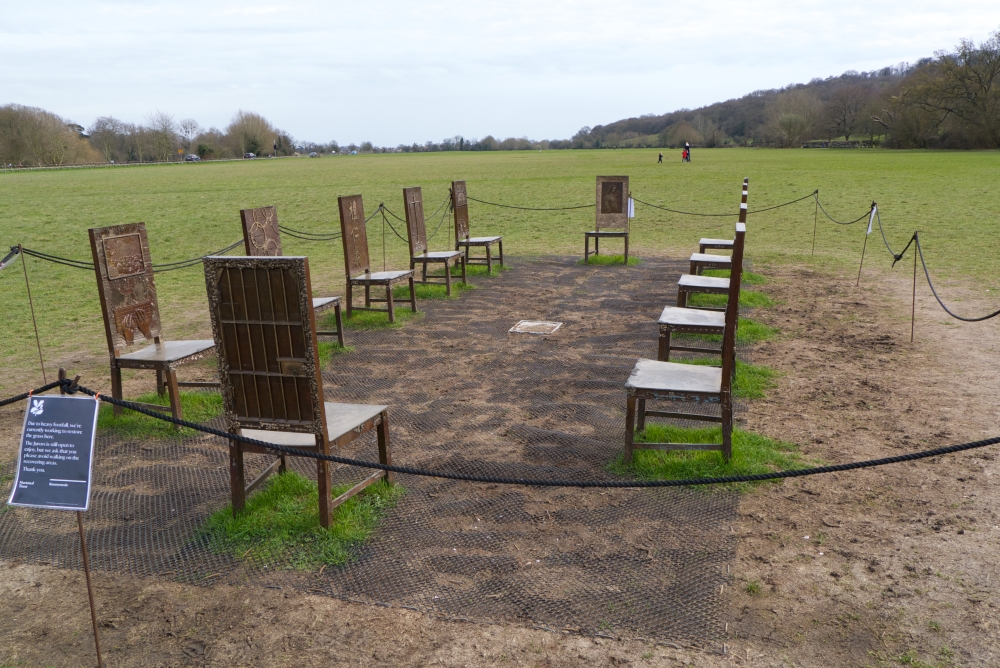 Hubby took charge of the camera – so for once I’m in the photos with the girls!  We made our way across the meadow towards The Jurors – an art installation which marked the 800th anniversary of the sealing of Magna Carta last year. It was fenced off during our visit, but I think normally visitors can sit on the chairs and reflect. 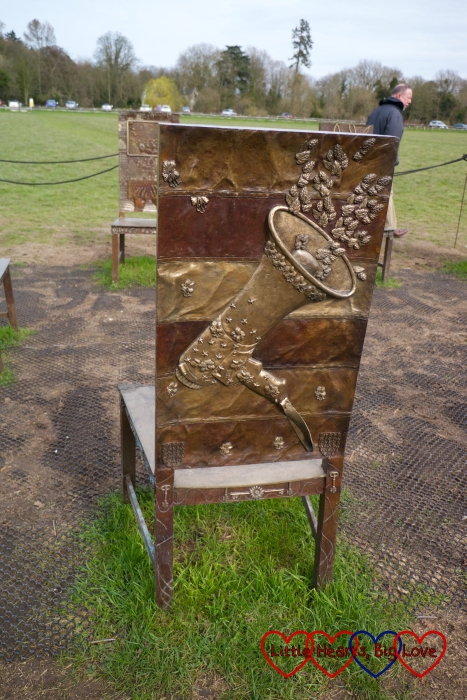 There are twelve bronze chairs in the installation, reflecting the twelve members of a jury, and each chair has different images and symbols which represent the law and key moments in legal history. 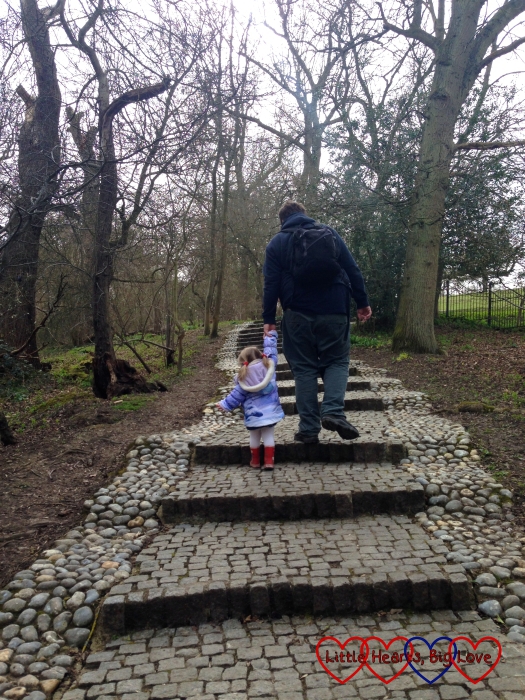 We then headed to the fifty steps that lead up to the John F. Kennedy memorial – one step representing each American state.  It was quite a climb for little legs but Sophie coped very well (Jessica having requested to “ride on Mummy’s back” instead!)  The journey up the steps to the monument is designed to represent a pilgrimage.  We stopped for a rest on the benches at the top and admired the view across the river before making our way back down again. 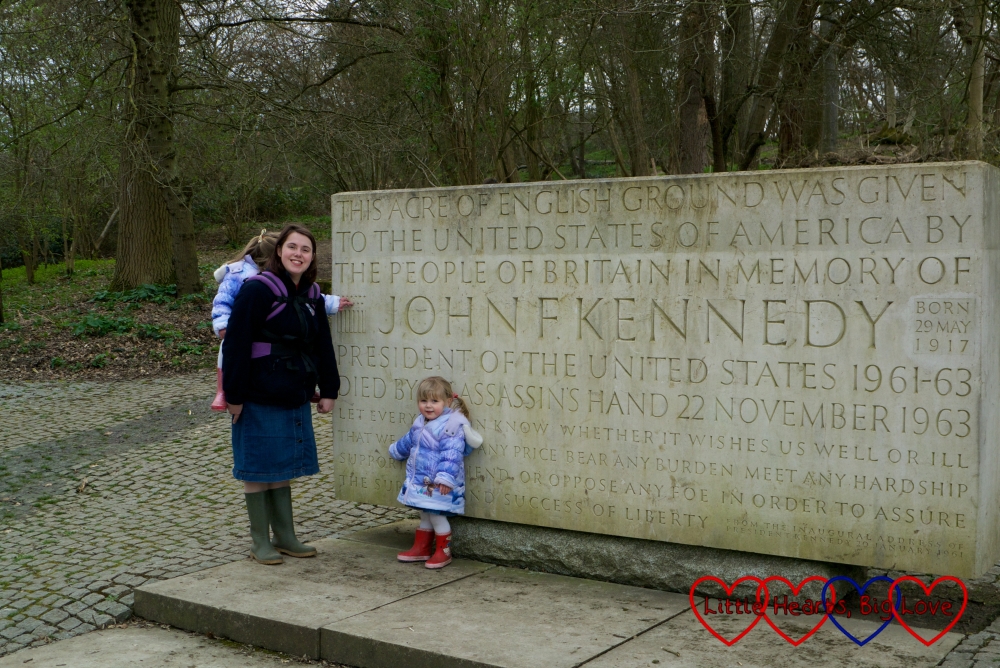 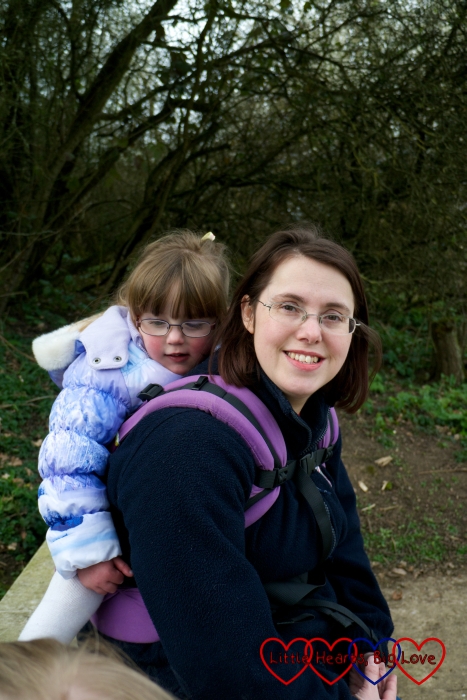 Jessica was happy to get down and walk once we’d reached the Magna Carta memorial and the girls had fun chasing each other up the steps towards the monument.  They soon decided that the columns were perfect for playing hide and seek – a game which only came to an end when Jessica spotted a ladybird on one of the columns, which of course required further scrutiny. 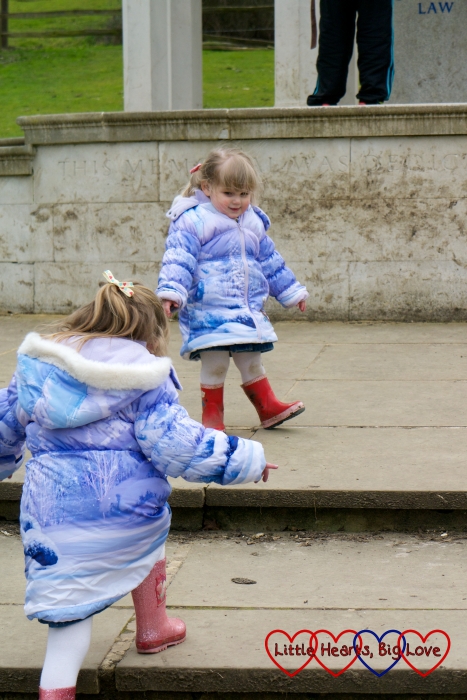 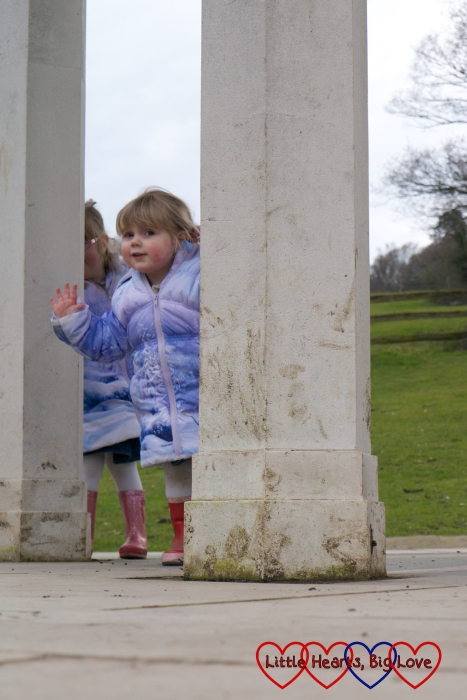 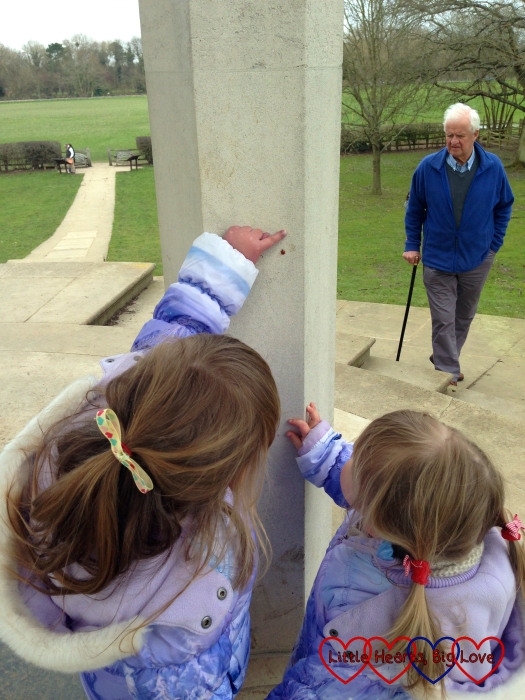 The rest of our walk took us across the meadows and along the river.  Sophie loved all the huge “muddy puddles” that were everywhere – thanks to the boggy ground – and had a lot of fun jumping up and down in them.  Thank goodness for wellies! 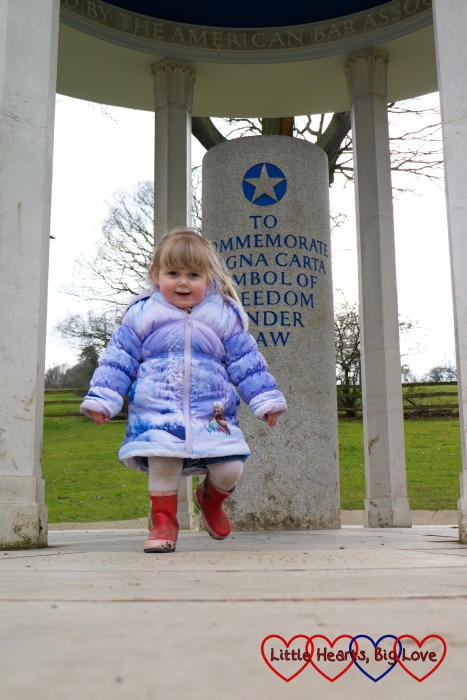 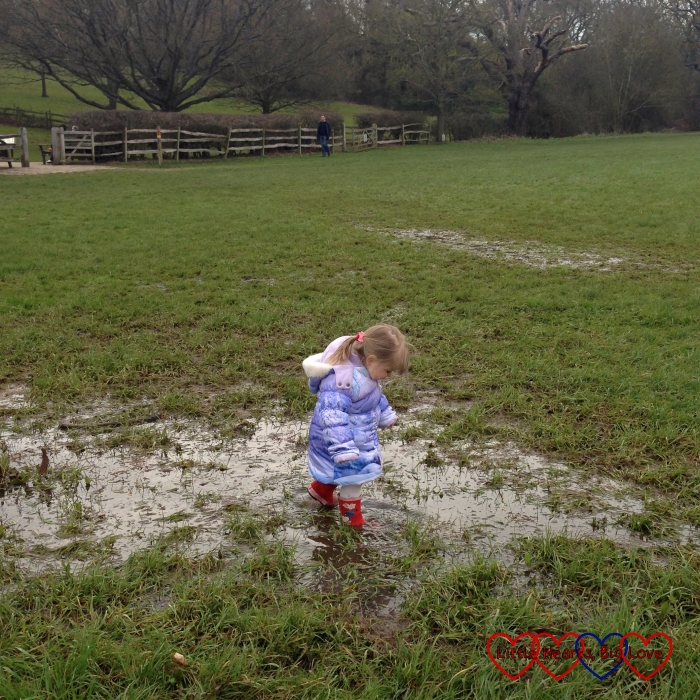 28 thoughts on “An afternoon exploring Runnymede”