My house looks like the Hamleys bomb has exploded in it most days. Some days it’s hard to see the floor for toys. Some toys I don’t mind so much. There are others that give me a sinking feeling as soon as the girls start getting them out. Peppa Pig toys are high up on that list. I constantly have to put the house back together; some of the play pieces are flimsy and I know I’ll be finding Peppa, George and co down the back of the sofa forevermore. They would have all disappeared to the charity shop long ago but the girls love them too much. 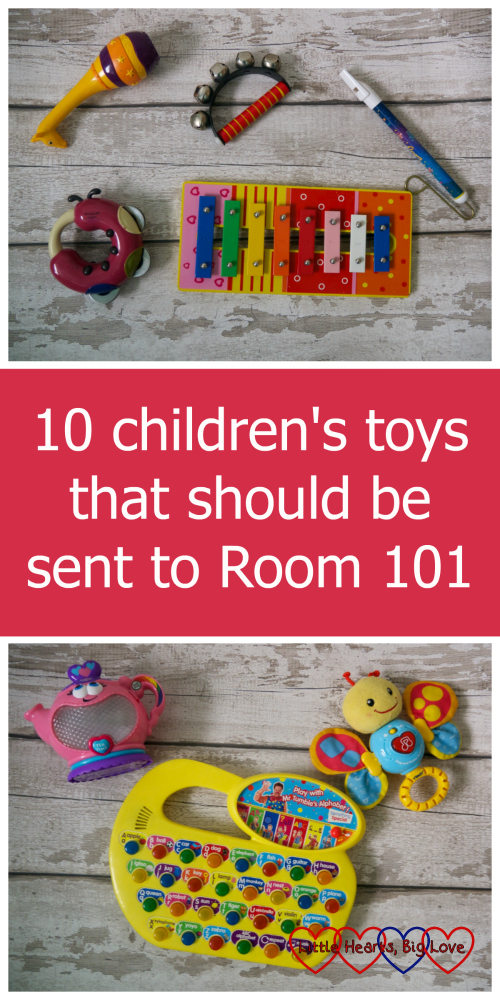 “Mine would be the whistle we have. It’s a character one where you blow and pull down the rod and back up. I hide it but then she’ll find it every few weeks and I’ll go to sleep with the noise ringing in my ears. Nightmare!” (Katie – Mummy in a Tutu)

“When my brother in law presented us with a mini drum kit my soul wept a little bit.” (Beth – Twinderelmo)

“My 9 month old has a portable drum. What 9 month old needs a drum? Or rather, what parent of a 9 month old wants a drum…” (Kirsty – Life with Boys)

“My daughter got a harmonica for her 6th birthday … a bloody harmonica!” (Family Travel with Ellie) 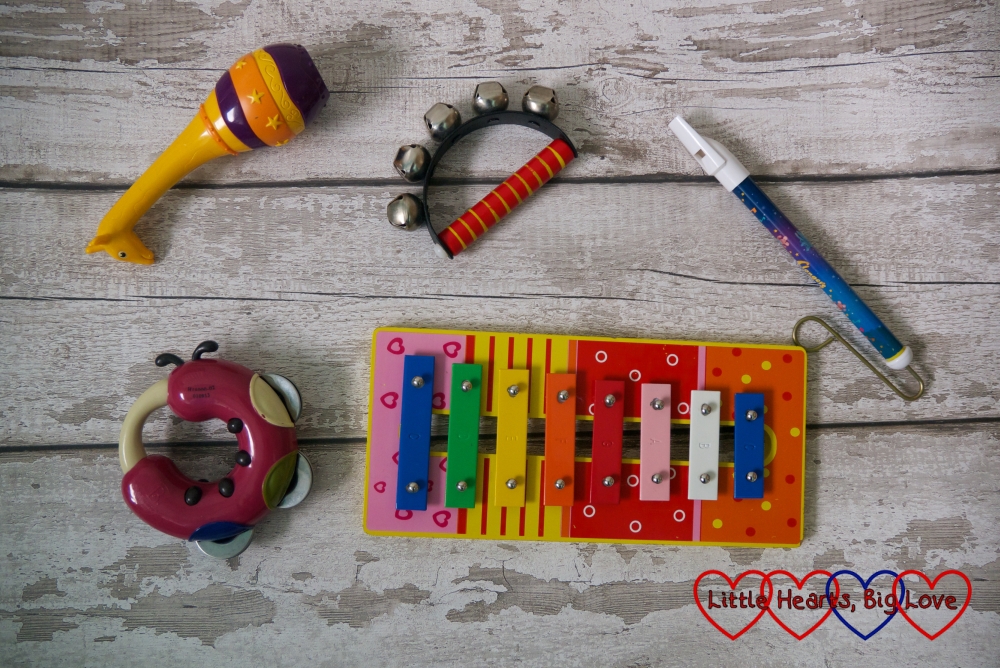 “I love the idea of doing them but there is always a piece missing and they take so long for the girls to work out how to finish them. They are an endless source of frustration for both me and them.” (Kirsty – Winnettes)

“I find the bloody pieces all over the house constantly.” (Rachel – Coffee, Cake, Kids)

“The one that sticks out for me is the Giant Alphabet Floor Puzzle. It’s a great idea in theory, but the kids destroy it within minutes of it being assembled for the first time, and you never see it complete ever again. I even caught the inside of the ‘O’ in my cereal the other day!” (Daddilife) 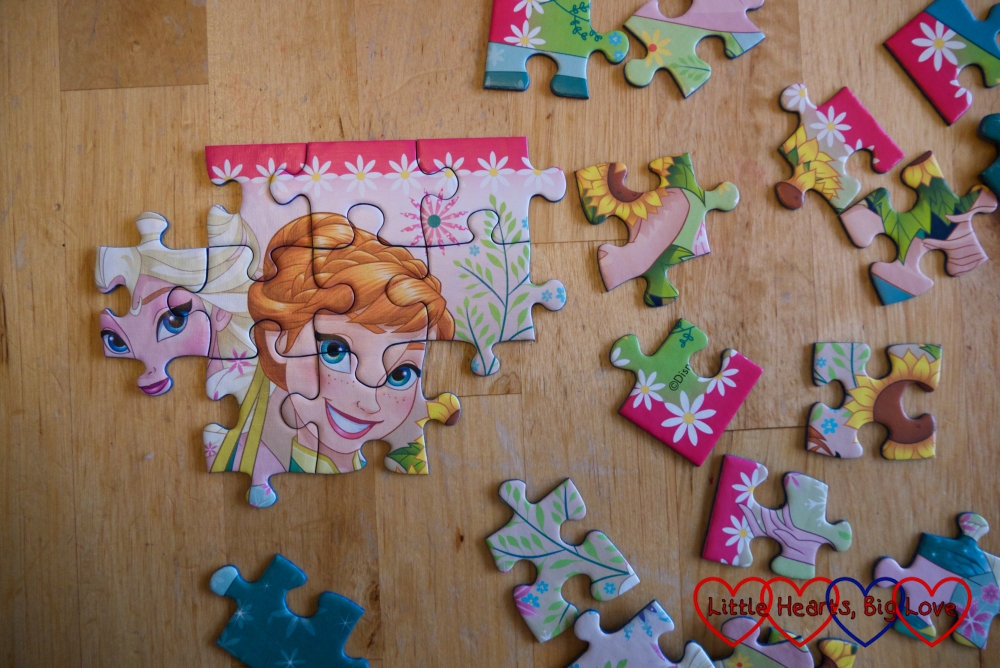 “Toot toot cars. The noisy songs and annoying voices meant I ended up hiding them away but they keep getting discovered again! I really must try harder to lose the fire engine though, his smug voice goes right through me!” (Katy – Hot Pink Wellingtons)

“Toot toot’s there’s not a single one of them that isn’t annoying! The pig is a particularly strange one!” (Amy – Mama Mighalls)

“The Toot Toot Garage. The sounds the cars’ make are broken up, clearly made of different records and in the weirdest voice imaginable. If you knock it, even slightly, the electronics in the whole thing go really flakey and the lift won’t go up when an adult tries to work it, so my toddler has absolutely no chance.” (Amy – The Might Duxburys) 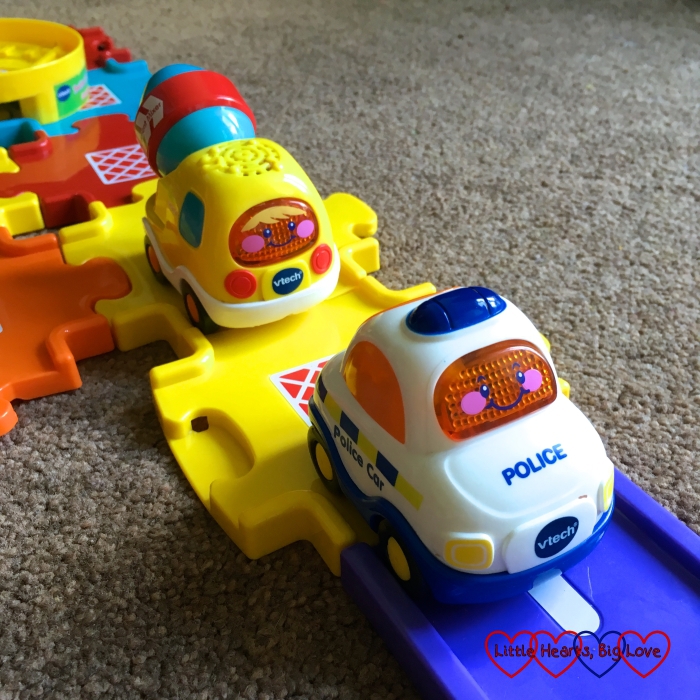 “Thankfully they are all long gone now but those musical baby toys that have no volume control on them. We seemed to be given so many of them back in the day.” (Mary – Over 40 and a Mum to One)

“This lion that Alice for given by a ‘friend’ it’s sings this song ‘I’m a little lion come and play with me’! It’s the most annoying voice and just randomly goes off!” (Laura – Dear Bear and Beany)

“Anything without an off switch or volume control! And anything that plays ‘Grandpa’s little train goes choo choo choo’. Dear God.” (Nicola – Mummy Wales)

“The Big Red Bus! I know it’s supposed to be educational but good god if I hear “let’s go to the zoo/school/station” one more time! My daughter has played with it since she was old enough to sit up by herself. I say play – she just bashes the buttons randomly so it’s just a mish mash of noise. It does occasionally go missing or the batteries run out and conveniently we don’t have new ones in the house.” (Kat – Confessions of a Working Mum)

“Any of those books with bits you press that make sounds. The batteries run out, leaving sad kids and pointlessly large books. And the cats walk over them and night and set them off at all hours (or maybe it’s the 3yo…)” (Mummy is a Gadget Geek) 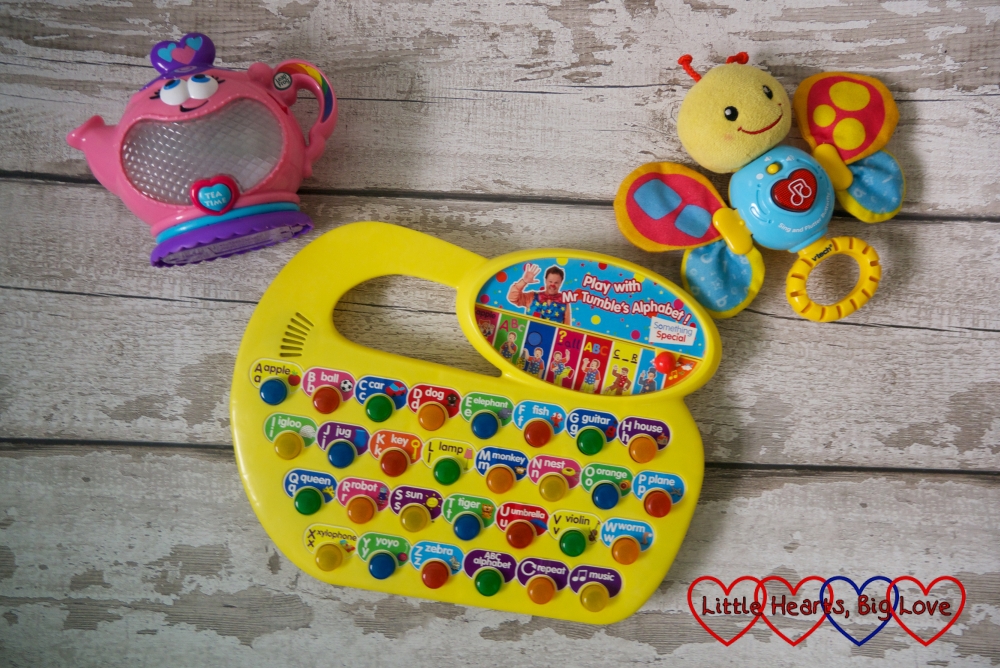 “I hate the stuff. We have cats and their hairs always end up stuck in the doh and I find bits of it every where all the time. If my daughter doesn’t put it away I may ‘forget’ to remind her so that it unfortunately dries out…” (Leanne – A Slice of My Life Wales)

“My daughter loves the stuff but watching her mix the colours, it’s like nails on a chalkboard.” (Karina – Mums the Nerd) 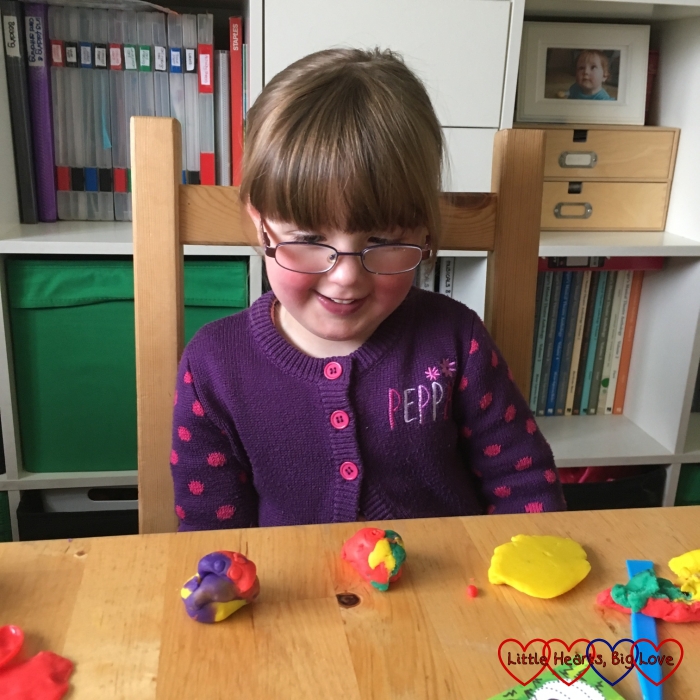 “The shoes that always get lost, having to dress them as the 3 year old likes to take the clothes off but can never get them back on again and I just suck at imaginative play!” (Jessica – That Mummy Blog)

“I have a love/hate relationship with kinetic sand. Keeps them entertained for ages but I find bits of the stuff all over the house from their clothes and in the carpet.” (Alison – Five Little Stars)

“We have hundreds of them with three children and they are everywhere! I don’t have anywhere else to put them.” (Lindsay – Newcastle Family Life) 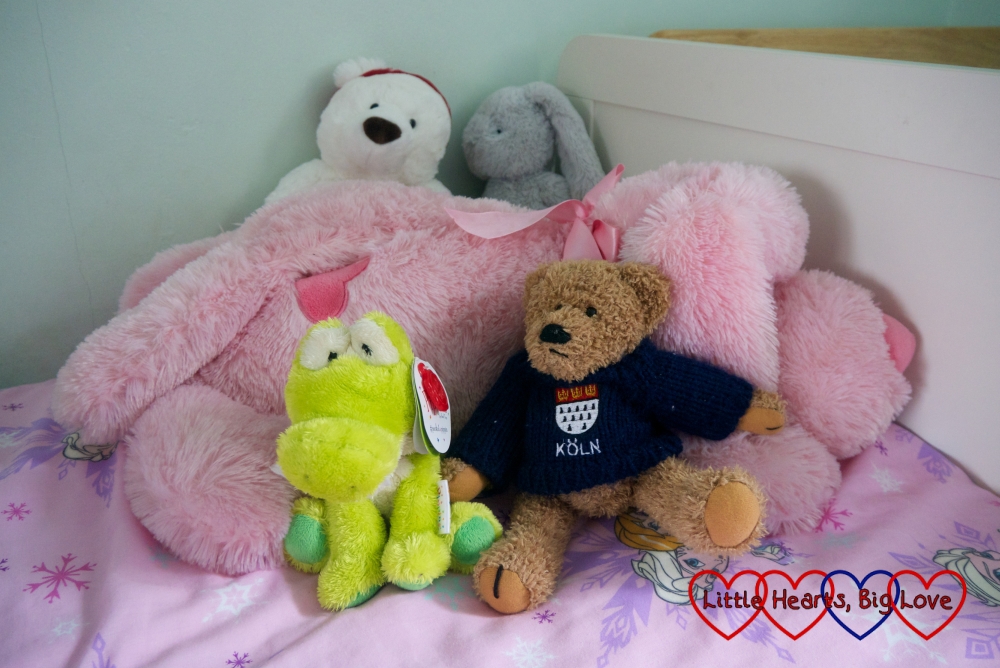 “The ball pool with the hundreds of balls that just get thrown around my house, in the cot, down the sofa, under the sofa, behind the TV. Mummy can’t cope!!! They would go in room 101!” (Susie – This is Me Now)

It’s interesting to see what different toys drive parents round the bend. Some of these are high on my ‘annoying’ list; others don’t bother me quite so much. One thing’s for sure though, my children love all of them even if Mummy doesn’t!

What toys would you send to Room 101?